Letter To High Court Of Malawi On Mutharika’s Non-compliance 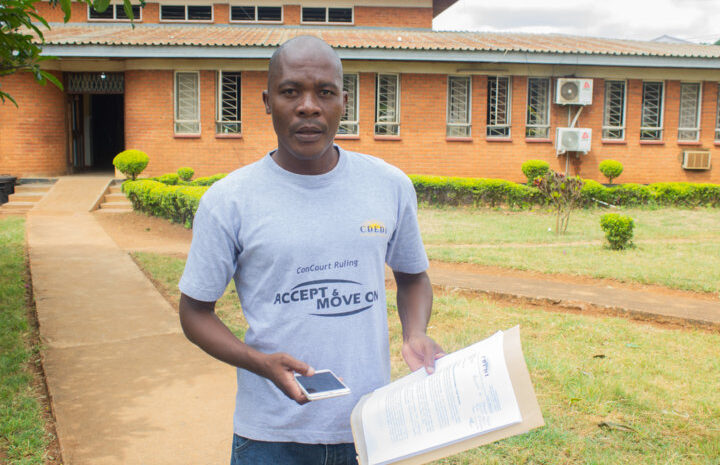 The Centre for Democracy and Economic Development Initiatives (CDEDI) write you this letter in order to bring to your attention President Arthur Peter Mutharika’s reaction to the February 3, 2020 Constitutional Court order.

The constitutional court nullified the May, 21, 2019 Presidential Elections and ordered for fresh elections within 150 days. It also gave its interpretation on determination of the winner as stipulated in section 80 Subsection 2 to mean 50+1. The court gave Parliament 21 days to pass legislations that would enable the smooth implementation of section 80.

Speaker of Parliament Honorable Catherine Gotani Hara took heed of the order and led the House in passing the bills. By the end of the 21 days which the court set aside, Malawians knew that they will exercise their constitutional right to elect leaders of their choice on May 19, 2020.

Additionally, the Public Appointments Committee (PAC) of Parliament promptly summoned almost all the Electoral Commission (EC) Commissioners and subsequently made recommendations to President Mutharika to fire them, over incompetence.

As we are writing this letter, Mutharika has sent back the bills to Parliament and has also refused to act on PAC’s recommendations to fire the commissioners. This is in spite the fact that Malawians followed for themselves the proceedings on radio and television and agreed that they are indeed incompetent to preside over free, fair and credible elections in Malawi.
It is CDEDI’s considered view that by sending back the bills to Parliament and by not firing the commissioners Mutharika has failed to comply with a constitutional court order, we therefore seek to request the court to hold him in contempt of court order.

CDEDI believes Mutharika’s action has the high potential to degenerate the country into a lawlessness state a development which we believe will impact negatively on the poor and the less privileged in our society. This is only applicable in the jungle where only the strong survive not in a modern day democracy.

CDEDI is a non-partisan, nongovernmental organization that was established with a goal to have a well-informed and organized citizenry that can ably demand their social and economic rights at the same time hold duty bearers accountable for their actions.