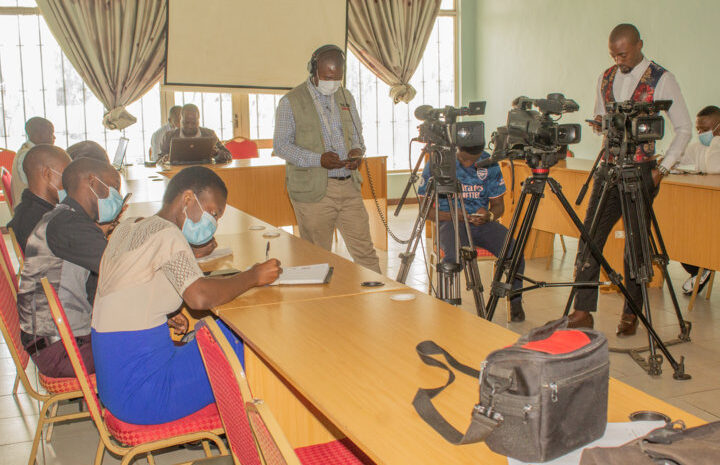 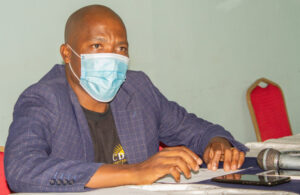 Here is the full remarks made by the CDEDI Executive Director Mr. Sylvester Namiwa

The Centre for Democracy and Economic Development Initiatives (CDEDI) is hereby appealing to the Anti-Corruption Bureau (ACB), and the Office of the Ombudsman to consider investigating the circumstances that prompted the Malawi Housing Corporation (MHC), to venture into a MK3.5 billion construction project of 65 dwelling units on private land at Ngumbe area in Blantyre, which belongs to Chitseko Estate Limited.

Right from the onset, Malawians from various sectors of the society have expressed mixed reactions on the revelations that the MHC has constructed the houses on a land that is not theirs.

The results of a fact finding mission conducted by CDEDI have collaborated with information contained in a whistle blower’s letter from the Corporation, which shows that the MHC’s own technical team comprising the Principal Surveyor Alick Chirwa, the Projects Manager Davis Kwanjana, Corporate Secretary Bob Chimkango, the Estate Officer Rodney Nankuyu, and a Mr. Haliwa and other officials conducted a boundary verification exercise prior to the commencement of the project. The team reportedly advised the corporation not to proceed with the project since it was clear that the MHC did not own the land.

It is further reported that the Surveyor and the Project Manager drew alternative plans to make sure the houses would be built within the correct boundaries of the MHC’s land. The team further advised management, including Jordan Chipala the Chief Executive Officer (CEO) that the corporation would lose a lot of money and risked demolition of the houses if they constructed on Chitseko’s land.

Sadly, such professional advice and alternative plans were reportedly shot down by the Corporations Legal Manager Okota Mzanda, on grounds that building the houses elsewhere would be deemed as ‘conceding defeat.’ At this point, it was very clear that the MHC was aware that they did not own the land, and yet they still continued with the construction of the houses.

Sensing foul play, the Chitseko Estate Limited sounded an SOS and the issue started heating up. MHC officials were summoned to the Ministry of Lands in October 2020 where they were told that a report by the Surveyor General had ‘sadly’ found that the houses were built on land that did not belong to MHC.

CDEDI is aware that a meeting was convened in Lilongwe over the matter, chaired by the former Principal Secretary Bernard Sande, where instructions were issued against the release of the Surveyor General’s report. Unfortunately, Chitseko Estate Limited had already been made aware about the contents of the report by the office of the Commissioner for Lands, a development that led to a disciplinary action which was meted out against the Acting Commissioner for Lands, Euphemia Botha.

Getting this far, CDEDI is hereby making the following demands;

1. The Surveyor General’s report should be made public
2. An immediate audit to be conducted to confirm the cost of construction for the 65 houses which is currently pegged at MK54 million each
3. MHC to comply with previous court determinations which were made in favour of Chitseko Estate Limited, as regards the ownership of the land
4. All the top government and MHC officials that are involved in the cover up of the Surveyor General’s report should be investigated and prosecuted
5. The re-instatement of the Acting Commissioner for Lands, Euphonia Botha who was punished for sharing the contents of the Surveyor General’s report with Chitseko Estate Limited
6. The immediate resignation of Okota Mzanda, the MHC Legal Manager, to pave the way for thorough investigations on reports that he advised the MHC to cover up the Surveyor General’s report
7. The immediate resignation of the MHC’s Chief Executive Officer (CEO) Jordan Chipala, under whose watch the Corporation has gotten into a shameful mess
8. The Anti-Corruption Bureau (ACB) to consider investigating the scandal
9. The office of the Ombudsman to consider conducting a full investigation on the loan of MK6.5 billion obtained by the MHC, the contracts awarded, and how the money was used

Meanwhile, CDEDI has officially written the ACB, with a copy to the office of the Ombudsman, to consider instituting full investigations over the matter.