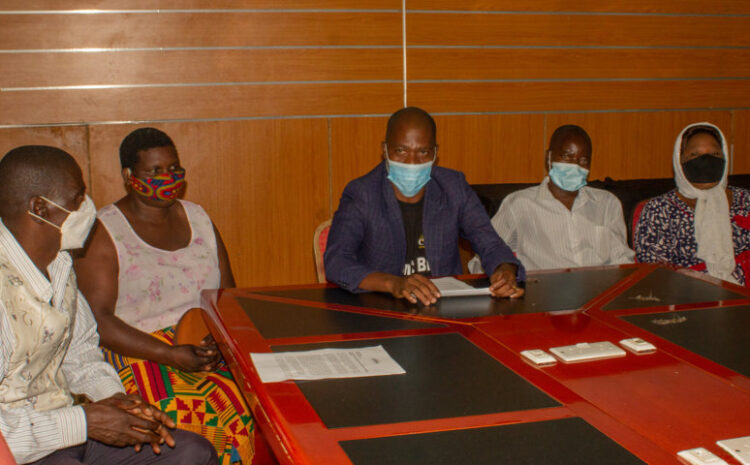 Remarks delivered by CDEDI Executive Director Mr. Sylvester Namiwa during a press conference held in
Lilongwe today, March 8, 2021. Mr. Namiwa was together with concerned parents who spoke to journalists on how the ongoing teachers strike has affected them and their children. They also endorsed CDEDI planned demonstrations over the issue.

ADDRESS TEACHERS GRIEVANCES OR ELSE BRACE FOR NATIONWIDE PROTESTS

The Centre for Democracy and Economic Development Initiatives (CDEDI) is calling upon all the parents and guardians and indeed all Malawians of good will to join hands and fight for the dignity and welfare of the teaching profession, which has been despised for decades.

CDEDIs position on the current standoff between the government and the teachers in public schools is very simple and straight forward; teaching was classified by the Presidential Task Force on the Covid-19 pandemic in July 2020, as a profession that is at risk. It is surprising, therefore, to note that government has put its foot down, and has sworn never to give the teachers the risk allowances, and yet the same government is currently busy splashing out money to some individuals, in the name of Covid-19 cushion measures. CDEDI has learnt with shock, about the news that the Malawi Government is giving out MK70, 000 each to some individuals in the countrys cities and towns, as a cash transfer mechanism to vulnerable households.

CDEDI is, therefore, challenging President Dr. Lazarus Chakwera to come out publicly and inform Malawians on the criteria his government is using to identify the beneficiaries, the number of beneficiaries and how much has been spent in the exercise so far!

CDEDI is also shocked with media reports that members of the police service are not receiving the Covid-19 risk allowances despite being included on the list of beneficiaries. This is not only shameful but also raises a lot of questions on the integrity of the Tonse Alliance Government and its leader President Chakwera. It further begs the question; if teachers and the police are not receiving the Covid-19 risk allowances, then who is pocketing them?

CDEDI would like to warn the authorities not to take advantage of the situation of our men and women in uniform in the MPS, Prisons, Immigration, and the Malawi Defense Force (MDF), who cannot speak out publicly for fear of disciplinary actions and reprisals, since they are not allowed to form Unions at their various work places. Such a situation should in no way give the Tonse Alliance Government a lee way to abuse our brothers and sisters in uniform. It is worth noting that they are first and foremost humans, therefore it is totally uncalled for to hide behind issues of professionalism and discipline to trample willy-nilly upon their rights.

It is against this background that CDEDI would like to challenge the Inspector General (IG) of the MPS, to ensure that our police officers get their dues immediately, or explain the whereabouts of the huge sums of money the MPS was allocated for the fight against the Covid-19 pandemic.

Should the current standoff between the teachers and the government remain unresolved by Wednesday, March 10, 2021, CDEDI will be forced to lead Malawians of goodwill, whose childrens basic right to education is being violated, and all Malawians that are sympathizing with our children who go to public schools, to come out in their large numbers and join the nationwide protests, in solidarity with the teachers. And if you can read this statement, please spare a moment to thank a teacher, because he/she is part of your success!