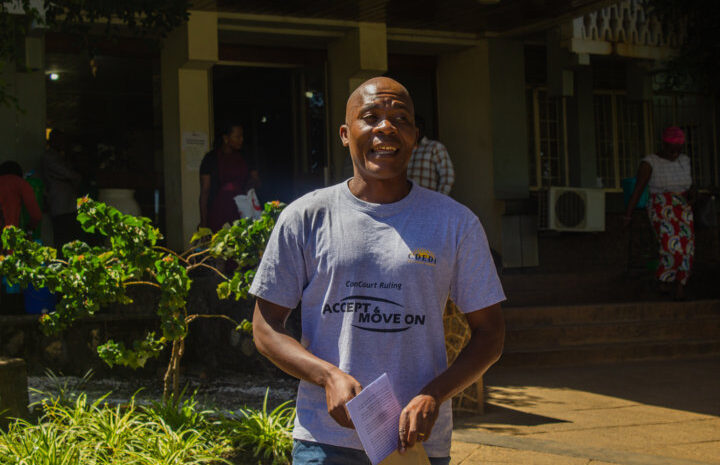 The Ministerial Committee on Covid 19,
C/O The Office of the President and Cabinet,
Capital Hill,
Box 2437,
Lilongwe,
Malawi.

The Centre for Democracy and Economic Development Initiatives (CDEDI) writes you this letter firstly to appreciate the good work the committee has so far done as a precautionary measure in order to avoid the outbreak of the Corona Virus which causes the COVID-19 disease. Much as Malawi has not so far recorded any COVID-19 cases, it is evident that most Malawians are aware of this disease and the precautionary measures that are being taken to avoid it. Such measures include the pro-activeness of the state president Prof. Peter Mutharika who declared Malawi a state of disaster, even though the country had not yet recorded any COVID-19 case. This is a very commendable move by the president.

In order to deal with the threat decisively, Mutharika also set up a cabinet ministerial committee to oversee the national response to the pandemic that has already caused havoc around the globe to the effect that even the best economies and advanced health systems are grappling with solutions to contain the same.

The CDEDI, however, would like to bring to your attention some of the challenges that have arisen due to the declaration by His Excellency Prof. Peter Mutharika, making Malawi a state of disaster in an attempt to prevent the outbreak of the Corona virus that has shaken the globe.

CDEDI has noted that the government through the ministry of transport has moved in to reduce public transport carrying capacity to 60 percent. This development in turn has sadly pushed up the transport fares while the incomes of the passengers still remains the same, while in other instances it has dwindled. This has eroded the purchasing power of Malawians who rely on public transport to their work stations and business premises and live on a hand to mouth basis.

As we write this letter, Malawians are already feeling the pinch of this otherwise well intended measure to an effect that most of the people have resorted to walking on foot to and from their workplace and business premises. This is counterproductive and unhealthy as they will be arriving too late and too tired to discharge their duties effectively.

CDEDI is, therefore, kindly requesting your committee with respect to section 13 subsections (b), (c) and (n) of the republican constitution to consider subsidizing bus fares which we believe can best be handled through engaging the leadership of public transport owners association.

We would like to caution government that if the current situation is not properly checked, it has the potential to plunge many people into untold suffering and subsequently lead to loss of lives which in essence the same measures are meant to protect.

We are further requesting your committee to consider borrowing a leaf from other African countries on how they have managed to apply the same measures while at the same time they are able to cushion the citizens from economic shocks. Rwanda and Botswana are among such African countries.

On the other hand, CDEDI believes the coming in of the Corona virus pandemic is a timely warning to African leaders to invest in their local health systems. Coming back home, we would like to appeal to President Mutharika to learn from the Tanzanian President John Phombe Magufuli who has pledged to die in his country in an event that he falls sick unlike the trend for African leaders to fly out to other countries when they fall ill.

Finally, we believe any further precautionary measures that are to be employed by government will take into consideration people’s lives socially, spiritually and economically, without inflicting any further pain and untold misery on Malawians.

CDEDI is a non partisan, nongovernmental organization that was established with a goal to have a well-informed and organized citizenry that can ably demand their social and economic rights at the same time hold duty bearers accountable for their actions.