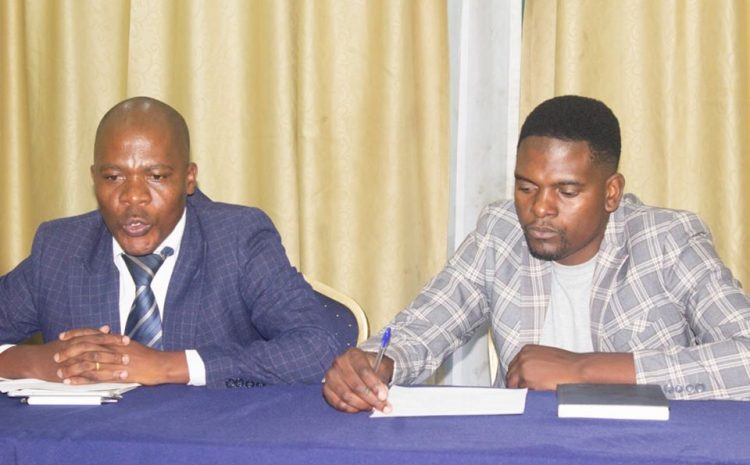 Centre for Democracy and Economic Development Initiatives (CDEDI) has asked President Peter Mutharika to fire his two cabinet ministers, Jappie Mhango and Mark Botomani following the leaked video of the two discussing how they can share the allowances from the COVID-19 response funds.

Mhango, a minister of Health was a chairperson for the dissolved Special Cabinet Committee on COVI-19 while Botomani is a minister of Information who have been denying allegations that members of the committee have Ben drawing allowances from the COVID-19 response funds.

“If the recent leaked conversation between Minister of Health Jappie Mhango, who was the Chairperson of the now dissolved COVID-19 ministerial Committee and Minister of Information Mark Botomani a member of the committee and government spokesperson, is anything to go by, then many Malawians who expressed their reservations on the conduct of the committee have been vindicated!” Said Sylvester Namiwa Interim Executive Director for CDEDI

Namiwa said the conversation is self telling that the committee members’ priority was self enrichment on the pretext of combating the pandemic.

CDEDI interim ED then said knowing that President Mutharika declared war at Sanjika Palace against corrupt cabinet ministers during the swearing in these ministers, what is expected of him now is to walk the talk.

“The involvement of the government spokesperson means the face of government has been heavily bruised to the effect that every time the minister is seen or heard speaking on radio and on TV the contentious conversation will be coming to the minds of the general public.

CDEDI is therefore giving Mutharika 48 hours to fire Mhango and Botomani for the sake of his own credibility and that of his own Democratic Progressive Party (DPP).” Said Namiwa adding that prompt action will act as spring board to his commitment to fight against corruption which is synonymous to his six year reign.

CDEDI has warned that if the “call land on deaf ears” they will alert country’s major traditional donors and institutions such as WHO, USAID to stop direct COVID-19 support to Malawi government and use parallel structures.

“CDEDI is also appealing to the Anti Corruption Bureau (ACB) Director Rayneck Matemba to move in swiftly by prosecuting the two ministers who, according to the conversation, are caught in the act, on the other hand, the members of the whole committee should be investigated.