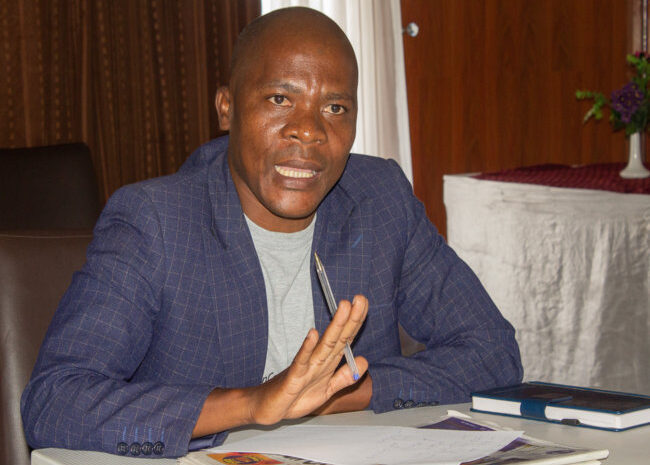 LET’S HAVE A VIOLENT FREE CAMPAIGN AND A STRONG REFEREE FOR THE ELECTIONS!

The Centre for Democracy and Economic Development Initiatives (CDEDI) is shocked with the current increasing cases of violent acts that have characterized the Fresh Presidential Elections (FPE) Campaign tentatively slated for June 23, 2020.

To say the least, this is barbaric and uncalled for, and CDEDI therefore condemns the ugly scenes that have taken place in different parts of the country regardless of which political party the perpetrators belong to.

CDEDI is particularly shocked that such undemocratic tendencies are happening in total disregard of the existing code of conduct which all parties to the FPE signed and pledged to abide by.

It is also disheartening to note that the Malawi Electoral Commission (MEC) which is the referee for the forthcoming elections, has not uttered any word to either condemn or at least warn the signatories to the pact to keep their promise. We find MEC’s conduct to be very disturbing and regrettable!

The barbaric acts started in Ndirande when some people booed and pelted stones at President Peter Mutharika’s motorcade. Luckily, the suspects were apprehended and we believe investigations are still underway so that the culprits dealt with according to the laws of the land.

In Lilongwe’s Area 24, the nation witnessed the painful death of Mr. Selemani Tambala, his wife and a son leaving behind injured and orphaned four kids, following a fire that gutted a UTM office in which the family was staying. Unfortunately, the culprits are enjoying life at some corner of this very same republic scot free!

In Mzimba, the Democratic Progressive Party (DPP) campaign team had a rude awakening when their motorcade was stoned.

While in Phalombe, State Vice President Dr. Saulosi Chilima was forced to call off a scheduled trip due to security scare after some people believed to be DPP cadets pelted stones at his convoy, injuring a journalist and damaging a vehicle in the process.

The attacks in question are unjustifiable and uncalled for! Malawians voted for multiparty kind of democracy during the June 14, 1993 referendum, where every citizen has a right to choose a political party or grouping to belong to, hence the need to respect each citizen’s decision and choice.

CDEDI is calling upon the electoral body to wake up from its deep slumber and stamp its authority by way of warning all political party candidates to respect and uphold the code of conduct they signed during the presentation of nomination papers or else face disqualification.

We are also calling upon President Mutharika to rise up to the occasion by among many others tame his notorious DPP cadets, desist from making careless and insensitive remarks and let free the police to carry out its constitutional mandate to protect lives and property of Malawians in order to bring sanity in the country which is slowly but surely degenerating into total chaotic nation.

CDEDI is further calling upon all the political party leaders in the country to desist from the use of hate speech and inflammatory language.

CDEDI is reminding all political party leaders that no candidate can attain the 50+1 vote using a tribe, district or a specific region. Therefore, the stronghold madness should stop immediately.

Secondly, perpetuators of politically sponsored violence ought to be reminded that the advent of the advanced technology means readily available evidence that can be used in a court of law, hence the need for them to think twice before accepting to be used by greedy and failed politicians to cause unnecessary havoc and unrest in the country.

Thirdly, President Mutharika’s silence in the recent developments happening in the country is so deafening! CDEDI, therefore, will not hesitate to join some sectors of society that have described the president as an absent leader, or indeed as someone who is sleeping while on duty! The president’s conduct poses a threat to national unity, peace, law and order. We are calling upon him to wake up and steer the ship to safety before it wrecks!

Although CDEDI appreciates the current political, social and economic challenges Malawi is facing, we appeal to the aggrieved parties to always strive to follow proper channels fully backed by the laws of the country in order to present their issues to relevant authorities, instead of venting their anger on innocent citizens who might be also in a similar predicament.

CDEDI is therefore, appealing to all Malawians to exercise restraint and calm as we patiently wait for the National Assembly to fix the date for the Fresh Presidential Elections, which, we believe, is an apparent opportune time for anyone to vent their anger through the ballot.

Finally, we at CDEDI, are challenging the youth to desist from being used as perpetrators of politically sponsored violence since time shall come when they shall be held accountable for their actions personally.