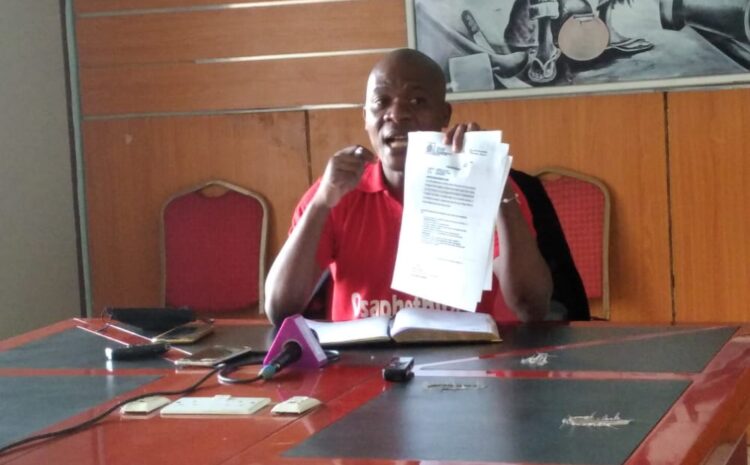 The Centre for Democracy and Economic Development Initiatives

RE: SEEKING CLARIFICATION ON THE PURPORTED CROSSROADS INVESTIGATIONS

The Centre for Democracy and Economic Development Initiatives (CDEDI), writes your good office madam, with reference to a statement dated 2nd November 2021, under the heading: COMPLETION OF INVESTIGATIONS.

To begin with, CDEDI would like to commend you madam, for endeavouring at all times to keep the nation updated, every time the Bureau records a milestone worth sharing with the public.

However, CDEDI and many Malawians that mean well for this country have reservations regarding the contents of the purported completion of the investigations as contained in the aforementioned statement.

It is important to highlight that, the ACB is a constitutional office whose transparency, accountability, integrity and credibility should not be questionable, if at all as a country we are to make the fight against fraud and corruption a reality.

That said, we would like to register our reservations on the ACB's attempts to clear the State House from any wrong doing, in the alleged abuse of public funds in its transactions with Crossroads Hotel. Having read through the ACB's statement, the CDEDI has made the following observations:

1.  Point no. 1 in the ACB statement states clearly that the guests in question came at the invitation of the State House, while point no. 4 in the same statement says the payment made by Mr. Miguel Elias, did not come from the State House. Point no. 5 in the statement goes on to say that a payment of MK12.5 million was made to the Crossroads Hotel by the State House, in reference to the same guests. Surprisingly, the ACB has not made any clarification as regards these two different payments, made to the same client, for the same purpose, by different entities.

We further draw your attention to an article which appeared in The Nation newspaper dated October 20, 2020 (Appendix 1) in which a manager at Crossroads Hotel Mr. Sameer Sacranie confessed that Mr. Miguel had personally informed him that he was at the hotel on a State-House sanctioned assignment. This is what Mr. Sacranie told The Nation Newspaper:

“In fact, I called Mr. Miguel this evening (yesterday) to my office and told him that we thought it was personal cheque without knowing that it was a State House cheque and he said yes I gave a cheque of K12.5 million from State House because the activities I am doing here are funded by State House. “

Why did the ACB not develop any interest to investigate the payment made by Mr. Miguel, a private citizen who used his hard-earned cash to pay for State House guests and activities?

2. Point no. 3 in the ACB statement claims that there was no inflation of the figures that were indicated on the payments. However, in the aforementioned newspaper article Mr. Sacranie indicated that at one point the visitors were accommodated in suites that cost $350 per night but after negotiation they were offered at $300. Our investigations including quotations sourced from Crossroads Hotel show that accommodation rates range between MK 65,000 to MK81,000. Knowing that these are public funds it baffles the logic that the ACB took no interest to investigate what appears to be an inflation of prices but instead rushed to close the case (see attached quotations Appendix 2).

It is against this background that we at the CDEDI, and all well-meaning Malawians, believe that the ACB has, under your watch madam, acted in a manner that has compromised the institution's integrity and credibility. Such a rushed and incomplete job, which we suspect has been done just to clear some names that were mentioned in the Crossroads saga, does not only compromise your image madam, but is also too costly to the country's economy, and has the potential to dent the image of mother Malawi.

CDEDI would like to bring to your attention a letter dated 30th April 2021 (Attached as Appendix 3), in which we stressed that your appointment as the new ACB Director, was received with mixed feelings. The statement the ACB has issued, therefore, has vindicated your critics madam, that your mission at the ACB is nothing but to ensure the protection of the current administration, specifically those from the Malawi Congress Party (MCP) witch-hunting tactics.

Kindly be informed madam that Malawians are waiting with baited breath, on the next move the ACB will take, following the allegations of abuse of public funds by both the Malawi Defence Force (MDF), and the Malawi Police Service (MPS), in relation to the infamous MK6.2 billion Covid-19 audit report, which was sanctioned by President Dr. Lazarus Chakwera. The two state agencies are conspicuously missing in the audit report, when evidence is there that they received a bigger chunk of the funds.

Additionally, Malawians are also anxiously waiting for the day on which the ACB is going to make its findings public on the following incidences, which have taken ages to be investigated:

We are looking forward to hearing from you, the soonest.