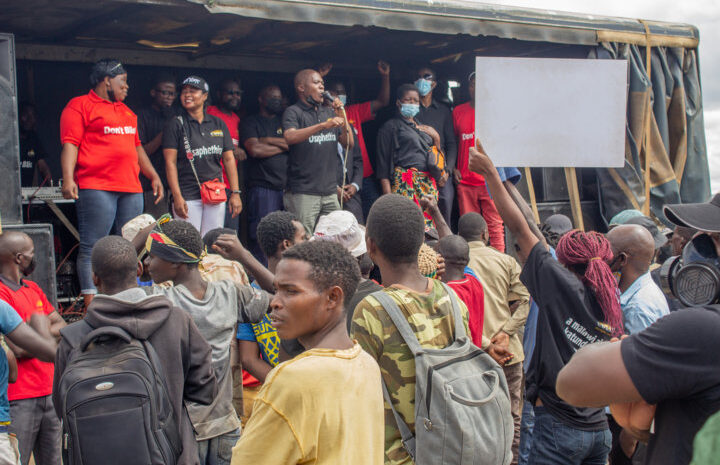 WE SAY NO TO THE MK9. 4 BILLION SWIMMING POOL

The Center for Democracy and Economic Development Initiatives (CDEDI) has learnt with shock reports that the Malawi Government through the sports ministry intends to construct a MK9. 4 billion world class swimming pool.

CDEDI would like to remind President Lazarus Chakwera that Malawi is currently faced with a number of challenges in the health, education and economic sectors. It is, therefore, unimaginable for the country to spend such amounts on a luxurious sports complex, which shall soon become a white elephant, and a drain for our hard earned taxes when time for maintainance works arrive.

CDEDI and indeed many Malawians of good will believe the swimming pool is not a priority area to invest in at this material time when the nation is also grappling with unprecedented suicide cases among the youths.

It is uncalled for, for a well meaning leader, to invest such a colossal amount in a project that will benefit a few when the same government is elusive on the future of the one million jobs the youth were promised; when the country’s cities and towns have bad road networks; and when the health and education systems are falling apart.

It is against this background that CDEDI believes that the current Minister of Youth and Sports, Hon Ulemu Msungama, is giving Chakwera wrong advice.

Malawi does not need a world class swimming pools as Msungama wants both the president and the voters to believe. We need facilities like the St John of God’s center that should provide sporting, counseling and guidance to our youths.

Malawi youths need the one million jobs hence our call for the release of the much-awaited new cabinet so that there is someone to champion the creation of one million jobs.

Malawi youths need adequate spaces in primary and secondary schools as well as in its colleges.

Malawians need community play grounds fitted with counseling facilities across the country to avert the surging cases of suicides.

CDEDI is therefore demanding that government must fire Msungama and announce the discontinuation of this insult to the majority of Malawian youths who seek decent livelihood opportunities.

Should government proceed with its decision to construct the swimming pool, CDEDI will not hesitate but mobilize the youth to stand up and refuse to be used as pawns.

The development has also given credit to speculations that some Malawi Congress Party officials have direct financial interests in the project.

To avoid such speculations Chakwera should stop the project immediately.