Devise Mechanisms to Save the Ailing Economy 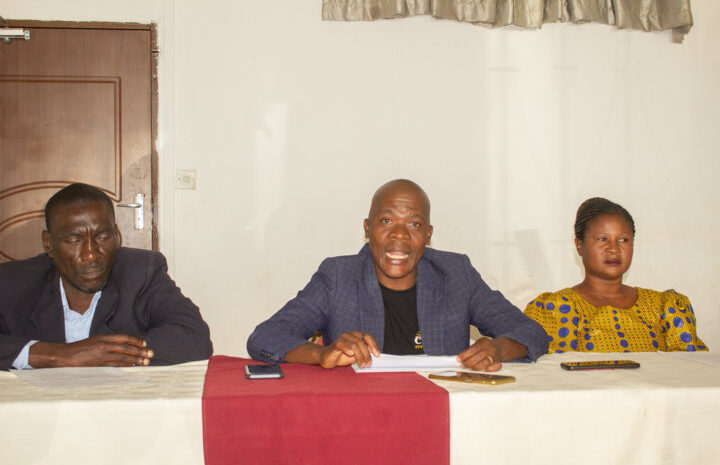 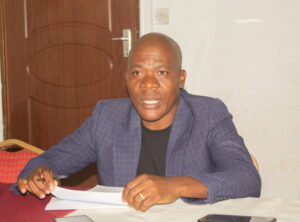 CDEDI held a press briefing today in Lilongwe, to comment on the current state of economy which continues to head south. CDEDI observes that the problem is rooted in lack of clue and seriousness by the country’s leadership. Therefore, CDEDI has demanded the State President Lazarus Chakwera and his administration to quickly devise mechanisms that can resuscitate the economy from its death bed. 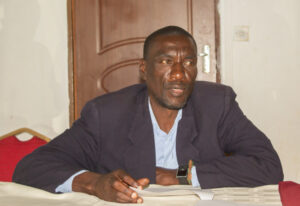 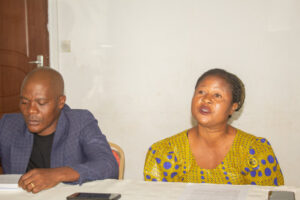 Below is the full statement delivered by CDEDI Executive Director Mr. Sylvester Namiwa who was accompanied by Mr. Mundango Nyirenda and Ms. Zainab Hassan concerned citizens.

WAKE UP MR. PRESIDENT, THE SHIP IS SINKING!

The Centre for Democracy and Economic Development Initiatives (CDEDI) is calling upon President Lazarus Chakwera’s Tonse Alliance administration to wake up from its deep slumber devise mechanisms to resuscitate the country’s economy from its death bed.

The writing is clear on the wall that the country’s economy is heading south as evidenced by the rationing of essential goods and services, scaling down of local production due to scarcity of foreign exchange, the ever-weakening Malawi kwacha and increasing electricity load shading hours.

Meanwhile, CDEDI is challenging the President and his administration to ring- fence forex for essential services and products such as drugs and medicines, fuel, wheat and cooking oil, before the situation gets out of hand.

Needless to say that the dire economic outlook is dampening the spirits and aspirations of Malawians each and every passing day with headlines clearly pointing to a clueless and helpless leadership.

Just to cite a few examples, CDEDI has learnt with shock revelations that this month the country has only managed to secure forex just enough to procure essential drugs and medicines for 20 days; production in most of local industries is at zero; essential commodities such as cooking oil and sugar are being rationed in shops; reputable airlines have scaled down their services in the country due to unavailability of forex; businesses have ground to a halt due to the unavailability of forex. In short, Malawi will soon begin to needlessly lose productive lives to preventable diseases due to lack of drugs and medicines in both the public and private health facilities.

As they say ‘bad politics makes bad economics,’ CDEDI is of the view that the Tonse Alliance government erred big time by cancelling the International Monetary Fund (IMF) Extended Credit Facility (ECF). Apparently, we have established that such a costly decision was made to accommodate their litany of campaign promises such as the Affordable Inputs Programme (AIP); the duty- free week; including the global trotting by President Chakwera and his Cabinet. Such extravagance would have certainly have put the IMF programme off track, hence the cancellation.

Well-meaning Malawians may recall that CDEDI recently wrote Minister of Finance and Economic Planning Hon. Sosten Gwengwe, MP demanding anexplanation on the status of forex in the country, and policies that have been put in place to reverse current trends. But alas! The minister never bothered to respond, and neither did he acknowledge receipt of the letter.

With inflation rate as high as 15.7 percent, Malawians have now lost the pride that goes with being a citizen of this great nation, as they are trying in vain day and night to save their families from starvation.

It is worth pointing out that for the past two years the Tonse Alliance has been in power, the business community has survived on the parallel market to access forex to run the economy. It is, therefore, a mockery for the Reserve Bank of Malawi (RBM), to peg the US dollar at MWK825 when, in fact, the authorities are aware that the green buck is not available in the first place, and wherever it is found, the rate is pegged at more than MWK1,150.

It is sad that government is exerting negative energy by blaming everyone and everything—from the Covid-19 pandemic to the war in Ukraine—and not its poor leadership, for the skyrocketing cost of living, thereby conveniently forgetting that Malawi is a predominantly importing and consuming nation, hence any rate of fall of the kwacha means more misery for the people.

Thus far, we demand President Chakwera to swallow his pride and accept that the involvement of his government’s high-ranking officials in forex externalisation; non-trickling of proceeds from the sales of agricultural commodities on the international market such as South Sudan and India; and his own cluelessness in running State affairs; are some of the reasons that have pushed the country’s economy into the ditch.

With President Chakwera’s tendency of shielding corruption, it is not automatic that Malawi will get the IMF nod. He should not put all the eggs in one basket by banking all his hopes on the IMF, which by the way is not a charitable organisation. This, therefore, calls for plan B.

Last, but not the least, CDEDI would like to urge government to plan and act for a future that must be defined! As it stands now, Malawi is on autopilot and, unfortunately, the captain is in deep slumber!