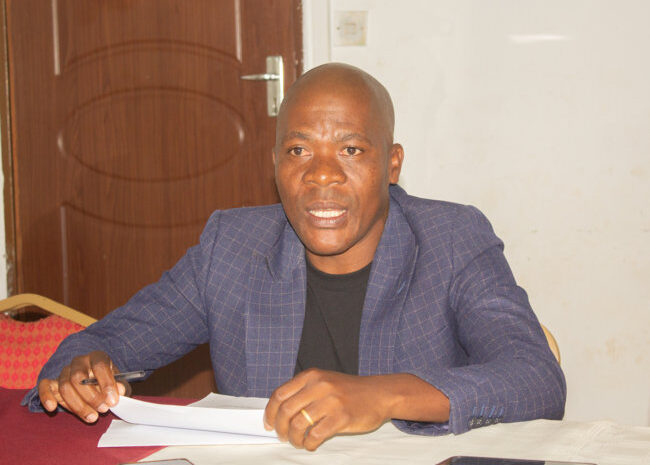 The Centre for Democracy and Economic Development Initiatives (CDEDI) welcomes the idea to hold national prayers for healing our, country.

It is our belief that besides praying for the healing of the many social and political ills, our country needs prayers to heal the cholera epidemic which has so far claimed 410 lives, and has unprecedentedly affected all the country’s 28 districts.

We strongly condemn government for allowing this situation to happen.

We believe this particular epidemic, which has claimed more lives than before in a dry season, is a result of sheer negligence by President Lazarus Chakwera’s Tonse Alliance administration and, in particular, the Minister of Health Khumbize Kandodo Chiponda.

Millions of Malawians are at risk of death because government has been reactive, instead of being proactive by providing health facilities with cholera kits comprising; IV fluids, chlorine, canular, disinfectants, gumboots, tap buckets, examination gloves and face masks and resources they need to keep this disease, which is comperatively claiming more lives than Covid-19, at bay.

Losing as many as 21 lives to cholera in a couple of days is unheard of in this country, and only government can explain why in this time and age cholera should be such a menace.

What is more disturbing is that as the death toll to the epidemic increases nationwide, government still seems clueless at its approach to contain the disease. This is manifested in the current shortage of cholera medicines and medical supplies in public health facilities.

The shortage of cholera kits is also putting at risk lives of our frontliners dealing with the outbreak at the health facilities.

Regrettably, our investigations have found no sign supporting President Chakwera’s earlier pronouncement that government had set aside K20 billion to fight the cholera epidemic; otherwise, availability of that money, and its proper use would have improved the situation on the ground.

We are particularly concerned that much as cholera is a water-borne disease, the current epidemic has been exacerbated by the general shortage of food in the country, as people are eating anything available to survive. And, it is our considered view that unless something tangible is done, in the rainy season which is just setting in, this epidemic is going to claim more lives.

Hence, it is against this background that we demand from the President the immediate removal of Minister of Health for allowing so cholera to claim the hundreds of lives, so far, under her watch. This, coming on the heels of the many flaws that characterised the country’s fight against Covid-19, which also took its toll on the population, should be a clear measure of the Tonse Alliance’s failure to manage health crises.

Secondly, we implore the Parliamentary Committee on Health to ensure that the money the President said was available to fight the epidemic is properly accounted for. And the committee should also ensure that government sets up a specific fund to contain the cholera outbreaks that needlessly claim lives.

Since it is clear that the President, in his own wisdom saw it wise to reduce the budgetary allocation to the Water and Sanitation Ministry and increase his State Residences Vote, probably to cater for his unquenched appetite for local and international travels, we thus warn Malawians to come to terms with the reality there is more suffering ahead the President does not have their welfare at heart.

That said, we at CDEDI feel duty-bound to urge all Malawians that during this Christmas festive season, we should be our brother’s keeper by encouraging one another to stick to high hygiene standards all the time to curb further spread of cholera and, better still, sharing supplies that will ensure provision of safe drinking water. Furthermore, in the spirit of Christmas, let us share food with those that do not have any. Our suffering is real.

Meanwhile, players in the health sector should advocate increased funding to the health sector since it is an open secret that apart from shortage of forex, central hospitals, district hospitals and their satellite health facilities have been heavily constrained financially due to, among other things, failure by government to meet the Abuja Declaration which urges governments to commit 15 percent of the total national budget to the health sector.

That said, CDEDI maintains the call for an emergency stakeholders’ meeting to deliberate on the collapsing health system in the country.

Let the President be reminded that God helps those that help themselves first, so calling for prayers alone is not enough. There is urgent need for tangible action if the cholera epidemic and, indeed, the country’s worsening economic situation are to be taken care of, once and for all.