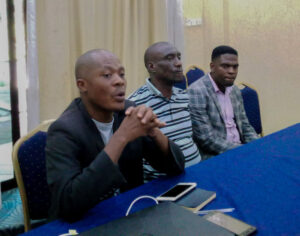 THE JUDICIARY MUST PROVE ITS CREDIBILITY

Centre for Democracy and Economic Development Initiatives (CDEDI) has, once again, been called to duty.

This time around, the Centre feels compelled to respond to the unfortunate developments bordering on bribery allegations directed at several high-profile individuals for attempting to circumvent justice and the rule of law by bribing the Constitutional Court Judges presiding over the 2019 Presidential election case.

CDEDI is shocked by what transpired after the Anti-Corruption Bureau (ACB) obtained a warrant of arrest for FDH Holdings Group CEO, Dr Thom Mpinganjira.

Firstly, CDEDI commends the ACB Director Reyneck Matemba for taking a bold step in effecting the arrest. We, further, urge his office to arrest the remaining suspects with speed.

However, we find it very disturbing to learn of Dr. Mpinganjira’s midnight release by the Zomba Magistrate Court which quashed the warrant of arrest and released the bribery suspect under questionable circumstances.

This is not only very sad but also embarrassing to say the least. It merely shows how rotten the judiciary system is.

It is for this reason that we are calling upon the Chief Justice Andrew Nyirenda to stamp his constitutional powers and quickly institute an investigation on matter at hand.

The Chief Justice himself admitted in 2018 that there are elements of corruption within the judicial system. CDEDI therefore, believes this is the right time for him to root out this vice by dealing with all elements that led to the unfortunate justice delivery exhibited by Zomba based magistrate and other judicial staff across the country.

and restored the trust and confidence that Malawians have in their independence. 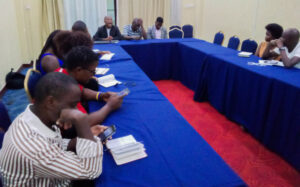 CDEDI would like all relevant authorities and other oversight institutions to keep a close eye on the matter and should be ready to come in should need arise. We are also calling for the investigation of the magistrate, and the lawyers involved including the role Acting Inspector General of police Duncan Mwapasa played.

We would like to caution all those who are behind the alleged syndicate to bribe the magistrate that their time is over because the nation is watching closely and that they will be brought to book when the dust settles down.

CDEDI is also demanding Mwapasa to act on the clip that has gone viral on social media purportedly showing Kamuyambeni at a political rally where he is threatening to have HRDC chairperson, Timothy Mtambo, arrested immediately after the Presidential case judgment will be announced.