Let’s Quickly Get Down To Serious Business 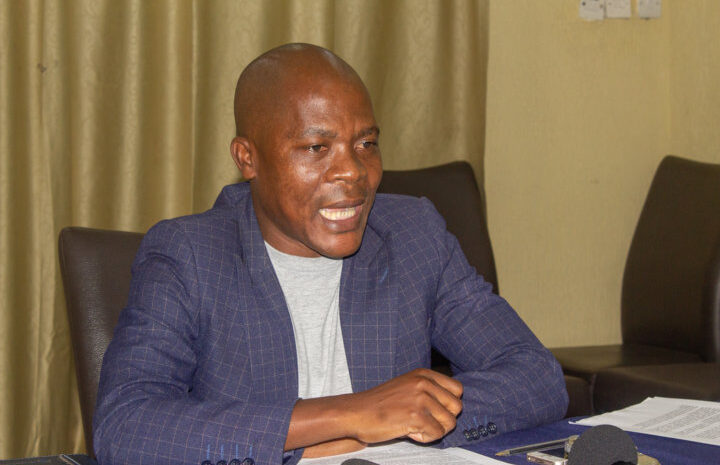 ELECTIONS ARE OVER, LET’S QUICKLY GET DOWN TO SERIOUS BUSINESS

The Centre for Democracy and Economic Development Initiatives (CDEDI) joins the rest of Malawians and all the people of good will in congratulating the Tonse Alliance Presidential candidate Dr. Lazarus Chakwera and his running mate Dr. Saulos Chilima for their well deserved victory in the just ended Fresh Presidential Elections (FPE) held on June 23, 2020.

CDEDI would also like to congratulate the Malawian citizens themselves who exercised their constitutional right to vote. Democracy has indeed won!

We, at CDEDI would be failing in our duty if we do not congratulate the current cohort of Commissioners for the Malawi Electoral Commission (MEC), led by Judge Dr. Chifundo Kachali for hitting the ground running as clearly demonstrated by their working around the clock to ensure that Malawians vote within a period of 14 days from the day the Commission was ushered into office. The previous Commission was on record as having said with certainty that it was almost impossible to conduct the polls in 150 days! On the contrary, the current crop of Commissioners has proved their predecessors wrong, and they have shown that anything is possible, only if it is done with patriotism and goodwill.

CDEDI, just like all well-meaning Malawians, are of the view that both Dr. Chakwera and Dr. Chilima have no luxury of honey moon since they have inherited a country that has been at a standstill for over a year now, and it really requires a lot of fixing. The immediate challenges topping the list being national unity, peace building and reconciliation!

It is a well-known fact that not everyone voted for the Tonse Alliance, if the outcome of the elections results is anything to go by. CDEDI therefore, is appealing to the current leadership to rise above petty partisan interests and embrace all the people as one.

For us at the CDEDI, it is not the Malawi Congress Party (MCP), or the UTM or any of the nine political parties that formed the Tonse Alliance that has won. And neither is it the Chewas or any other tribe that has won. But rather, it is Malawians themselves that have won. It is therefore against such a background that we would like to appeal to the new leaders to invest a lot of time and energy in rebuilding the Malawi one nation dream. For once let’s forget our political party affiliations and put Malawi first before even our own families and that of our close friends.

On a very sad note, CDEDI has learnt with shock the alleged reports of supporters of the Tonse Alliance, specifically the MCP supporters, who are allegedly torturing and hacking the DPP supporters. This behaviour has no place in the Malawi that we all want because it has the potential of throwing the country back into anarchy. We are appealing to the Tonse Alliance leadership to stop the perpetrators of this behaviour immediately, and bring the culprits to book.

CDEDI would like to remind the new leadership that Malawians have spent over a year on the streets seeking electoral justice and by extension, fighting against impunity and executive arrogance, among other issues. Therefore, as per the Tonse Alliance campaign promises, Malawians expect nothing less than servant leadership.

It is also worth putting on record that the UTM leader, Dr. Saulos Chilima deserves a special place in our history books for demonstrating true patriotism by foregoing his own presidential ambitions to pave the way for Dr. Chakwera as the presidential torch bearer for the Tonse Alliance. This is the kind of spirit that has been lacking in many Malawians. Most of us put personal interests first at the expense of national interests. Let’s all embrace the spirit of selflessness and hard work.

Dr. Chilima has also become the first Vice President to have served two presidents coming back to back. CDEDI is appealing to Malawians in general, and politicians in particular to borrow a leaf from Dr. Chilima’s selflessness which, in our view, is a good precedent.

CDEDI would like to believe that the former regime of the Democratic Progressive Party (DPP) never got everything wrong during their reign! There were positives too worth celebrating. We therefore, appeal to the new government to take such things on board, such as the three pillars of Patriotism, Integrity and Hard work. We cannot throw away the bathing water together with the baby.

While CDEDI is advising the new government to refrain from retribution and political persecution, CDEDI would like to warn those who owe loyalty allegiance to the DPP in the public service to desist from any attempts to frustrate the government’s efforts to fix the dirt and the rot that might be found.

However, those that violated the law in the course of serving in the previous administration should not be spared but face the law. This far, we would like to challenge the new administration to set-up a special tribunal to investigate and prosecute all the criminal activities, corruption, fraud and theft that characterized the six-year DPP regime.

In addition, we commend the Anti-Corruption Bureau (ACB) for having re-introduced the system of scrutinizing change of ownership of property. Nonetheless, the ACB should consider emulating what similar bodies in Zambia and Zimbabwe are doing by introducing a lifestyle audit involving all public servants, their business partners and close families and friends. All unexplained worth and property should be ceased and taken back to the people of Malawi.

Those that may claim to have gotten their fortune through business should provide evidence by making available Malawi Revenue Authority (MRA) documentation.

CDEDI would like to remind the Tonse Allince led government to look back and learn from the grave mistakes their predecessors made by creating the untouchables that went around plundering and looting the public resources without any iota of shame.

Much as we know that Dr. Chakwera and Dr. Chilima cannot work alone, we would like to advise them that those that are coming to help in implementing the government business should do so by holding their leaders’ hands up like the way the Israelites did with Moses’ hands during that Biblical fight. These government aides should not be in front of the leaders as they end up wielding more powers than the elected leaders themselves.