Letter to Parliament: Caution On Calls To Remove ACB Director 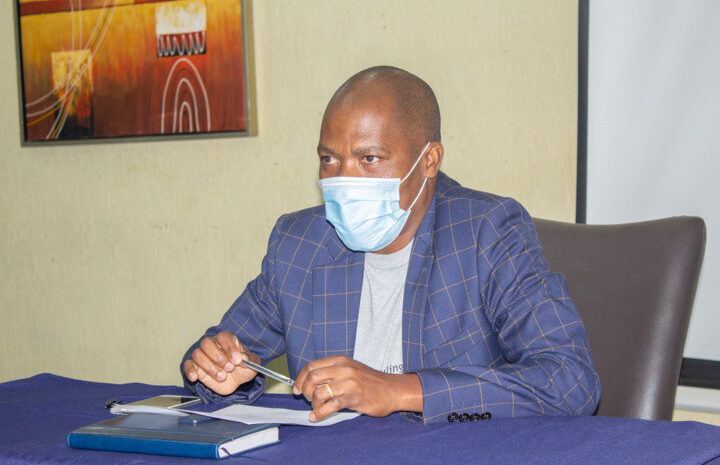 Cc: THE PARLIAMENTARY COMMITTEE ON DEFENSE AND SECURITY

Cc: HEADS OF THE DIPLOMATIC MISSIONS IN MALAWI

Cc: THE CHIEF JUSTICE FOR THE MALAWI JUDICIARY

RE: A WORD OF CAUTION ON THE PURPORTED CALLS FOR THE REMOVAL OF THE ACB DIRECTOR GENERAL

The Centre for Democracy and Economic Development Initiatives (CDEDI) writes you, madam Chairperson and the entire Public Appointments Committee (PAC) of parliament, with reference to the above stated subject matter.

To begin with, CDEDI would like to commend your constitutional committee for working hard to earn public trust. This clearly manifests itself by the zeal and energy the committee has handled issues contained in letters and petitions from a cross section of the society.

If the increased number of petitions and letters is anything to go by, then it means that Malawians have realized that the power of the people is greater than the people in power! In other words, it also means that Malawians are more vigilant and eager to hold duty bearers accountable for their actions and inactions. By extension, it means the citizens refuse to be taken for granted by those in positions of power.

That said, it is an open secret that the Anti-Corruption Bureau (ACB) Director General (DG) Madam Martha Chizuma’s very firm stance in the fight against corruption, a vice that is posing a threat to the very spirit and soul of our country, has divided the nation.

We at the CDEDI, have told the nation more than once that the Tonse Alliance government is spending sleepless nights scheming how to get this strong woman out of office.

Malawians are their own witnesses to the never-ending futile attempts by the Tonse Alliance administration under President Dr. Lazarus Chakwera to use state agencies and some citizens to literally hunt down the head of the anti-graft body, who is currently living in fear, in a bid to frustrate and eventually abandon investigations involving business person Zeneth Sattar’s suspected corruption scandals.

Today, what Malawians used to believe as political will on the part of President Chakwera is in fact a mere Public Relations (PR) stunt to hoodwink unsuspecting citizens and the international community that he is fighting corruption when in fact he is shielding the same; a development that has exposed Martha Chizuma as a lone wolf.

As you might have noticed, apart from the United Democratic Front (UDF) President Mr. Atupele Muluzi, and the Leader of the Opposition in Parliament (LoP) Hon. Kondwani Nankhumwa, there is deafening silence on the part of all major political parties in Malawi namely; the Malawi Congress Party (MCP), the UTM, the People’s Party, and recent past ruling Democratic Progressive Party (DPP) on the ACB Director’s very sad situation.

Apart from rallying their support behind the ACB Director, the UDF has moved a step further to suspend the party’s District Governor for Chikwawa, Mr. Mpompho, who is suspected to have travelled all the way to Mzuzu to commence criminal investigations against Martha Chizuma. All the well- meaning Malawians had expected to see these major political parties rallying behind the ACB Director, in order to show their solidarity that they mean well for this country, but Ney!

As you are reading this letter Madam Chairperson, the side that is trying so hard to make sure that evil should triumph over good, is very loud to an extent that they have petitioned your office to see to it that the ACB Director is removed from office, while conveniently forgetting that a criminal offense was committed when madam Chizuma’s telephone conversation was recorded and leaked, and that there is a High Court order regarding this very same issue.

Hon. Chairperson, it is worth pointing out that CDEDI and other civil society activists and concerned citizens have made several calls to the State President Dr. Chakwera, the Inspector General of Police (IG) Dr. George Kainja, the Director General (DG) of National Intelligence Service (NIS) Mr. Dokani Ngwira, literally pleading with them to unmask and bring to book the unknown person who recorded Madam Chizuma’s telephone conversation, but to no avail! All the well-meaning Malawians, therefore, do not understand why these public officers have not yet been summoned to appear before the PAC or the Defense and Security Committee of Parliament, to explain why they are paying a blind eye to such a serious matter, which is bordering on matters of national security!

Elsewhere, it is said that ‘those who call for equity must come with clean hands.’ This then begs the question why as a country we should jump into a secondary matter to do with breach of oath of office by the ACB Director, while conveniently forgetting that this whole issue started with the recording of a private phone conversation, an act prohibited by the laws of the land? Have we all forgotten about it? If this is not an insult to the intelligence of Malawians, then PAC is in a better position to tell the nation what it means because it is way beyond selective application of justice.

Through you Madam Chairperson, CDEDI would like to reiterate its stand that any attempts to discredit, frustrate, or halt the ongoing investigations at the ACB, will be treated as a war against Malawians, and such actions are likely going to attract the wrath of the Malawian voters who also double as taxpayers. And we have all the reasons to suspect that all these attempts to remove the ACB Director from office, are aimed at foiling these investigations, particularly those concerning the high-profile individuals.

It is against this background that CDEDI is challenging PAC to seize the opportunity that has availed itself by the recent petition that was received by Hon. Arthur Chipungu on behalf of the committee, to unveil this hitherto unknown person that recorded and leaked the conversation. Apart from letting him face the long arm of the law, Malawians have the right to know his motive and intentions for the act. It is therefore only fair and prudent that the entire committee membership should take a deep reflection and soul searching before taking any course of action.

CDEDI further strongly believes that it is not too late for both the PAC and the Defense and Security Committees to summon Dr. Kainja and Mr. Ngwira to exonerate themselves in the scheme to have madam Martha Chizuma fired and arrested.

It is important to highlight that, at this stage, all eyes are now on PAC as to whether the committee will join in crucifying Martha Chizuma, whose only crime is her detest for corruption, or side with Malawians whose lives are getting worse every day because of some selfish and corrupt individuals.

The future of this nation will be determined by PAC’s cause of action, which will show whether the country has either won or lost the battle against corruption. Either way, Malawi shall go down in the annals of history as a country that at one point in time was captured by a single individual, right from the Head of State, down to parliament via state agencies to the civil society; or as a nation that stood firm in the fight against corruption.

Last but not the least, the outcome of the ongoing investigations on corruption scandals a the ACB, shall haunt us all as a nation for generations to come. Therefore, those in copy of this letter, are strongly challenged to act within their jurisdictions and mandate to liberate millions of Malawians that are walloping in dehumanizing poverty as a result of the same endemic corruption.