Malawians Should Stand Up Against Bad Laws 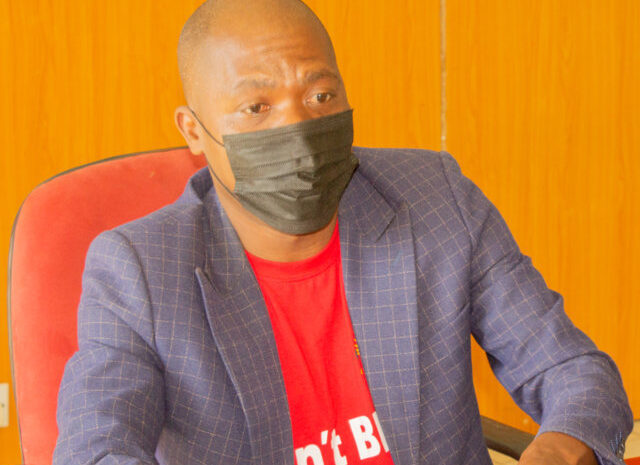 Today, CDEDI held a press briefing to express its disappointment with Malawi Congress Party (MCP) administration for using the National Assembly to introduce draconian laws, which are against the tenets of the country’s hard-earned democracy.

In his remarks, CDEDI Executive Director, Mr. Sylvester Namiwa reminded President Dr. Lazarus Chakwera not to forget that him and the Tonse Alliance Government, are the biggest beneficiaries of the very same rights he is shamelessly trying to stop.

Read the full remarks  below 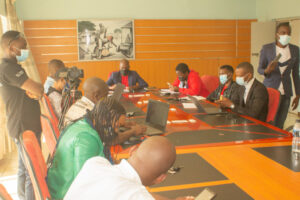 STAND UP AND SAY ‘NO’ TO BAD LAWS

The Centre for Democracy and Economic Development Initiatives (CDEDI) feels vindicated by the recent unfolding developments in the country, both within and outside Parliament. Malawians may wish to recall the warning shot CDEDI issued just a few months after the Tonse Alliance administration was ushered into office about the Malawi Congress Party (MCP) and its DNA, that is well known for detesting dissenting views, owing to its past dark record.

Today, such DNA is now revealing itself for everyone to see, and is showing its very ugly face through the tactics the administration is trying to employ, by using the National Assembly to introduce draconian laws, which are against the tenets of the country’s hard-earned democracy.

Just one year down the line, President Dr. Lazarus Chakwera and his MCP are all over town, grabbing everyone by the neck in their effort to take the country back to where it was, some 27 years ago. MCP is trying all it could to take back Malawi to the darkest years when some selfish politicians, led by Malawi’s first President, the late Dr. Hastings Kamuzu Banda, abused their powers and began changing the country’s laws willy-nilly. This, we cannot, and should not accept, in this era!

Today, we are seeing the traits of the one-party regime in President Chakwera, who is busy dismantling and crippling the judiciary, in order to clear the way for his ill intentions. This must be stopped, at all cost!

President Chakwera is busy changing the laws, stopping people from exercising their right to demonstrate against any infringements on their human rights, and yet the President is pretending to have forgotten he and the Tonse Alliance Government, are the biggest beneficiaries of the very same demonstrations he is shamelessly trying to stop. Dr. Chakwera is busy introducing very strange bills in Parliament, which aim to take away people’s right to industrial protests, which all along employees in the country enjoyed.

As it were and indeed as it was provided for in the Labour Laws, workers were within their rights to down tools upon issuance of notice, without the fear to have their salaries/wages deducted. And it was for a reason this law was coined this way, to protect defenseless employees from harsh treatment from their employers simply for exercising their rights.

Today, the Tonse administration, for all bad which we know, carelessly tampered with the Labour Laws and pushed an amendment to the effect that employers would be at liberty to deduct salary/wage from an employee who goes on a strike-what a load on nonsense is this!

But we know it, and you should feel ashamed! We know having failed to negotiate with Teachers Union of Malawi (TUM) on their demands, and as we know they usually go on strike, you’ve decided to scare teachers through this draconian law that don’t make sense at all. Be ashamed. Teachers are human beings and we are all here because of them, this is not the way they should be paid back.

We also know your other target group is the medical personnel you pay so poorly and threats to stage strikes are always there. You cannot control the civil service workforce through introductions or amendments of bad laws. That’s bad leadership style that belongs to the darkest years Malawi experienced under MCP’s one party era.

Let President Chakwera be reminded that human rights are non-negotiable. We will, therefore, not allow selfish politicians to take away people’s rights to demand what is rightfully theirs!

CDEDI, and indeed all well-meaning Malawians are dismayed to note that at a time when government was expected to waive some taxes to allow for the small and medium business operators, especially those involved in cross border trade, recover or at least survive the effects of the Covid-19 pandemic, the Chakwera administration is shamelessly introducing new punitive advance income tax that will drive more people, especially women, into untold poverty.

Malawians have now realized that the trust which they had in the public reforms has been betrayed by such laws being introduced in parliament.

It is now evident, that Dr. Chakwera, and Dr. Saulos Chilima have found their campaign promises too huge a mountain to climb, and their misplaced priorities too costly to rectify. Instead of acting very decisively on the shameful theft and plunder of public resources which is being orchestrated by high profile political party officials from the Tonse Alliance partners, the two leaders have heartlessly authorized the very same thieves to unleash terror on the poor and the marginalized, through the introduction of punitive taxes in order to cover up the yawning gaps in the porous public purse. We cannot afford to continue like this, as a country.

Abusing taxpayers money has so far been the trademark for the current Tonse Alliance led administration. While the country is still waiting with baited breath for a report from Dr. Chakwera on the aborted 2020 Independence Day celebrations, the administration went ahead with preparations for the same celebrations this year, without any iota of shame! We will continue reminding Dr. Chakwera about the 2020 Independence Day celebrations report.

It is against this background that CDEDI is challenging President Chakwera not to assent to the punitive advance income tax bill, and take back all the bad laws, especially the Labour Amendments Act, which we believe is drafted to stop the civil servants, specifically teachers, who have recently proven to be a thorn in the flesh of the Chakwera administration.

Lastly, but not the least, we would like to warm Malawians to keep a watchful eye on the MCP administration, and should be alert to stand up against any attempt to slide the country back to dictatorship.