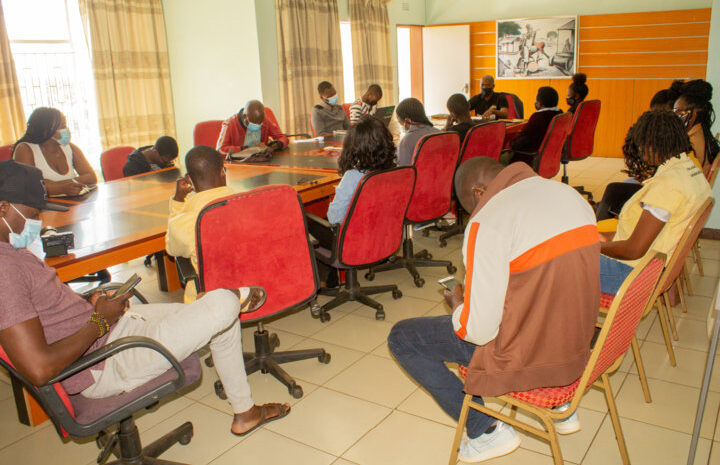 Today, CDEDI held a press briefing on its letter dated 16 July, 2021, sent to the Secretary to the President and Cabinet, Mr. Zangazanga Chikhosi requesting for an explanation regarding suspicious transfer into a commercial bank account No.1970000056939, held at the FDH Bank, under the name: Chief Secretary to Government, receipted funds amounting to MK238, 286, 196.00 on July 2, 2021, being funds meant for the 2021 Independence Day Celebrations.

If you recall, Malawians were told that the July 6, 2021, Independence Day Celebrations budget was reduced to MK46 Million from initial MK240 million.

Briefing the media to day in Lilongwe, CDEDI Executive Director, Mr. Sylvester Namiwa, said CDEDI is challenging Mr. Chikhosi to tell Malawians within the next seven days how his account ended up getting such huge sums of money. He said failure to do so, CDEDI will be forced to use Access to Information Law to ensure that Malawians know how government used this amount of money. 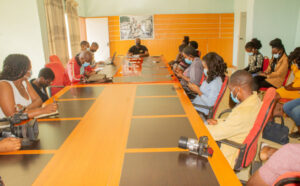 Mr. Namiwa has urged Malawians to be vigilant in order to safeguard Malawi’s hard-earned taxes. He warned that it appears that the country has another set of looters who don’t mean well for the country, as such, it is incumbent upon Malawians including those that are working in public offices to expose all cases of theft so that they are named and shamed in order to safeguard public funds.

He decried that it appears Tonse Alliance administration has mastered the art of looting and plundering of public resources through National Cerebrations. He recalled the last-minute cancellation of Independence Celebration at Bingu National Stadium in 2020 and the subsequent promise by president Dr. Lazarus Chakwera to give an expenditure report which he never did.

CDEDI executive director has promised that the organisation will continue to remind the elected officers to walk the talk. He noted that theft of public funds by politicians deprive citizens access to meaningful development and that it is a vice that only create instant billionaire politicians when voters remain languishing in deep poverty.

Read the full letter sent to the Secretary to the President and Cabinet below:

The Centre for Democracy and Economic Development Initiatives

The Secretary to the President and Cabinet,

The Minister of Information

The Centre for Democracy and Economic Development Initiatives (CDEDI), hereby writes to be furnished with an expenditure report for the 2021 Independence Day Celebrations, by your office. We are making this request based on our investigations, whose results have shown that a commercial bank account no. 1970000056939, held at the FDH Bank, under the name Chief Secretary to Government, receipted funds amounting to MK238, 286, 196.00 on July 2, 2021, being funds meant for the 2021 Independence Day Celebrations. Ironically, Malawians were told by the Chairperson for the celebrations, Hon. Richard Chimwendo-Banda, that government had trimmed the budget for the celebrations from the initial MK240 million, to around MK46 million, due to public outcry to have this year’s celebrations cancelled.

Just to refresh your mind sir, Malawians saw no wisdom in celebrating our independence, at a time when we could not afford to procure Covid-19 vaccines, and neither can we afford to stock our public health facilities with essential medicines and drugs. It is against this background that CDEDI is challenging you sir, to explain to the nation, how the Chief Secretary to Government bank account receipted the whole amount for the Independence Day Celebrations, and not just the MK46 million, as earlier indicated by the Chairperson for the celebrations. This is theft of public funds, and deceit of the highest order by government!

CDEDI is, therefore, giving you sir, seven (7) days to make public a detailed statement on how the above stated funds were used. Failure to do so within the seven days, will leave us with no choice, but to invoke the Access to Information Act, to ensure that the citizens, who double as taxpayers, have the right to access this public information, without undue hindrance.