Nepotism in Police, Shrinking Space for Speech of Freedom 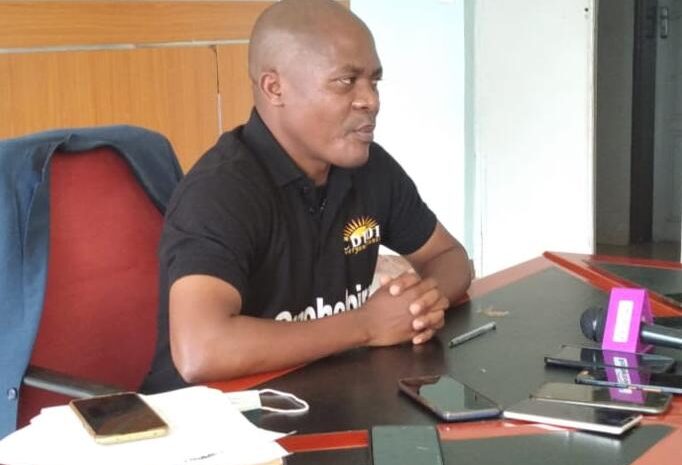 The Centre for Democracy and Economic Development Initiatives (CDEDI) has noted with deep concern glaring nepotism being manifested in the Malawi Police Service (MPS) under the leadership of Inspector General of Police (IG) Dr. George Kainja. And hereby gives the IG seven (7) days to address the anomaly.

Our investigations show that there is no police officer from the Southern Region in the current Police High Command, which comprises three officers from the north, and 10—including the IG and his two deputies—from the Central Region.

During a recent meeting CDEDI had with the IG, we put it to him that the Southern Region was not represented in the current Police High Command, but he vehemently denied this. Instead, he claimed that the police top brass was designed in such a way that it took into consideration traditional, cultural as well as geographical aspects of the country; hence his claims that three out of the 13 officers in the Police High Command, were from the South.

While denying the tendencies of nepotism in MPS, in the meeting Dr Kainja blamed the Police Service Commission (PSC) for the imbalance in the current composition of the Police High Command, arguing that PSC was solely responsible for the hiring of the senior officers. Nonetheless, CDEDI has established that the IG sits on the PSC interviewing panel, and makes recommendations to the commission. This means that the IG has veto powers for the hiring and firing of the senior officers in the Police High Command. These findings have again contradicted Dr. Kainja’s claims that he was not involved in the process.

CDEDI is, therefore, reminding Dr. Kainja, that the Tonse Alliance administration was ushered into government with a promise to correct the wrongs of the immediate-past administration. Now, if we compare the current list of the Police High Command with the previous one, it shows that are moving in reverse. Needless to say, that the police is not a political institution to practise retribution.

It is against this background that we also ask DR Kainja to apologise to Malawians for lying about the composition of the Police High Command, and move to rectify the anomaly, as his commitment to ensure national unity.

CDEDI has also noted with great concern growing attempts by the Malawi Congress Party (MCP) and its operatives to mute dissenting voices. A case in point is that of the unwarranted threats being directed at the Democratic Progressive Party (DPP) spokesperson Hon. Shadric Namalomba, who is being forced to resign from his position as Chairperson of the Public Accounts Committee (PAC) of Parliament on accusation that he is playing partisan politics.

We at CDEDI neither agree with nor support Hon. Namalomba’s statement, which he authored on behalf of the DPP. But what is clear is that it has become a tradition for politicians in the country to double positions. For instance, the country’s President Dr. Lazarus Chakwera, also doubles as MCP President; the Speaker of the National Assembly, Hon. Catherine Gotani-Hara doubles as MCP Deputy Secretary General (SG) whereas all Cabinet ministers double as political party functionaries. This tradition, therefore, makes it impossible to separate party from government business affairs, hence the need to review the country’s laws in order to rectify this anomaly.

CDEDI has, unfortunately, observed that the perceived new MCP has inherited intimidation styles from DPP, which also tried but failed to silence dissenting voices. We are, therefore, challenging the MCP, to accept that Malawi is a democratic nation where citizens are guaranteed a wide range of freedoms, including freedom of speech.

If Malawi is to make progress in all aspects, then it’s high time we all gave room to dissenting views and co-existence despite our ethnic, religious and political affiliations, for the sake of our hard-won democracy.