No To Rwandese Offer To Train MW Police Officers 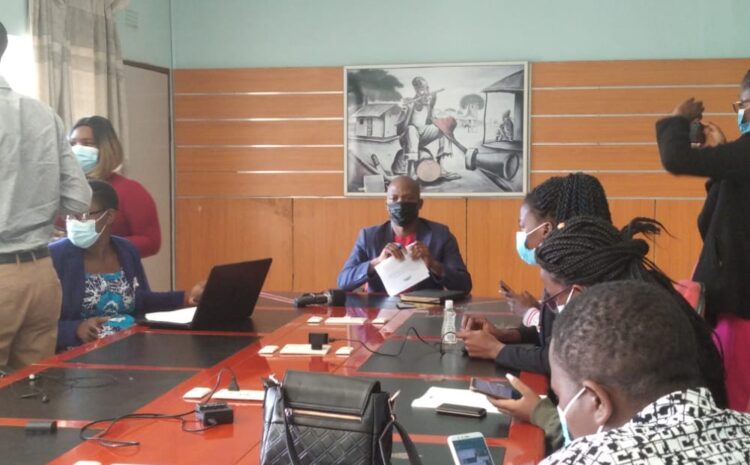 The Centre for Democracy and Economic Initiatives (CDEDI), has today, Tuesday, 27th July, 2021, warned the Malawi government, against receiving an offer from the Republic of Rwanda, which intends to train the Malawi Police Service (MPS) for free. 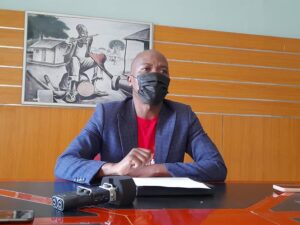 During a press briefing held in Lilongwe, CDEDI’s Executive Director, Mr. Sylvester Namiwa, has told the media that Rwanda is not a model country, where Malawi can tap expertise from, especially on police training.

“There is excessive use of force in Rwanda, by the state agencies such as the police, coupled with lack of freedom of expression, and arbitrary detentions on trumped up charges. Malawi is doing much better in such areas, we should guard our human rights record very jealously,” warns the CDEDI Director.

THANKS, BUT NO TO RWANDA’S OFFER TO TRAIN OUR POLICE

The Centre for Democracy and Economic Development Initiatives (CDEDI) has learnt with surprise and shock from media reports indicating that the Republic of Rwanda has offered to train officers from our Malawi Police Service (MPs) for free of charge. The offer, we understand, has come through the Rwandan Inspector General of Police Dan Munyuza, who is in the country on an official visit.

CDEDI is surprised with this offer because, firstly, the Malawi Government has not publicly declared any area that requires capacity building in our police service. Secondly, the Republic of Rwanda has also not indicated, which area in the MPS it wants to help in building capacity. Thirdly, given Rwanda’s human rights record, CDEDI does not think that the Republic of Rwanda is any nearer a model where countries that are striving to embrace genuine democracy such as Malawi, can tap skills, especially for an important institution like the police office which is key in fostering democratic principles.

Besides infrastructural development Rwanda is making, it is not a hidden secret that there are massive reports of human rights violations bordering on excessive use of force by law enforcing agencies; unlawful and arbitrary detentions; internet restrictions by the State; lack of freedom of expression; human rights activists and opposition political party leaders being silenced through arbitrary arrests and imprisonment based on trumped-up charges; etc. Obviously, Rwandan police are take centre-stage in this gloomy picture.

The proposed offer for training our police service by the Rwandan police confirms our fear that the recent Malawi Government directive to relocate all refugees and asylum seekers to Dzaleka is politically motivated.

CDEDI, is further worried with the offer, which has come at a time the Republic of Rwanda is busy hunting down some of its nationals who have sought political asylum in various countries, including Malawi. We would like to challenge the Malawi Government to tread carefully with these newly-found good Samaritans.

Ironically, this offer is also coming at a time when dust has not yet settled on accusations that President Dr. Lazarus Chakwera, and his Malawi Congress Party (MCP) are pushing through Parliament laws have traits of dictatorship.

Meanwhile, CDEDI, and all well-meaning Malawians have breathed a sigh of relief following remarks made by Malawi’s Inspector General of Police Dr. George Kainja, who has assured all refugees and asylum seekers in the country that they are free to either return to their home countries, or continue living in Malawi for as long as they want.

While CDEDI would like to commend Dr. Kainja for his assurance that the police will continue to protect the lives and property of the Rwandan refugees and asylum seekers, it is important to point out that a larger percentage of the refugees that fled and continue fleeing Rwanda are victims of political persecution and infringements of basic human rights.

That said, much as we respect Inspector Munyuza’s sentiments that he sees no reason for his countrymen and women to continue coming to Malawi as refugees and asylum seekers, reports from the Human Rights Watch, Amnesty International and the Department of State of the United States of America, show things to the contrary.

It is against this background that CDEDI would like to reiterate its earlier commitment that it will continue lobbying for the integration of well-meaning refugees and asylum seekers in Malawi who are significantly contributing to the social and economic development of the country our country.

Lastly, but not the least, we would like to warn the Malawi government, to desist from receiving offers that may end up compromising the country’s human rights record and democracy, and our hard-won democracy.