Open Letter: While You Were Away 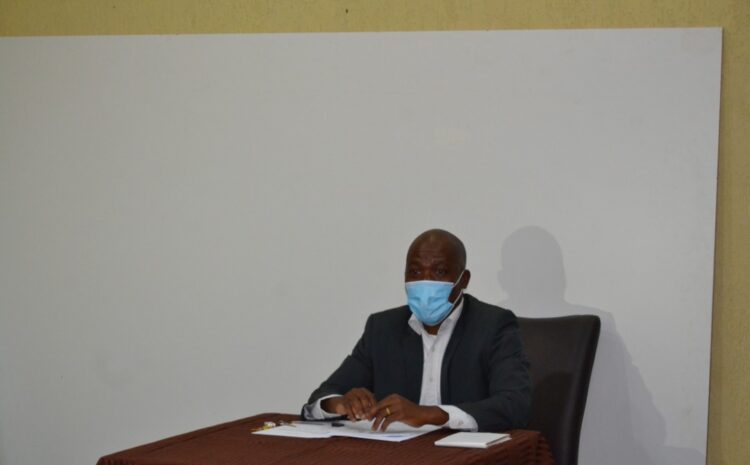 OPEN LETTER TO THE PRESIDENT

WHILE YOU WERE AWAY

Your Excellency Sir, welcome back home from your trip to the United Kingdom (UK). Meanwhile, while you were away, the country ran clueless on a number of governance fronts.

We, therefore, would like share with you, through this open letter, some of the critical issues that sprung up:-

Sir, the management and accessibility of maize, the county’s main dietary food requirement, has been very erratic.

For example, people from Thyolo East constituency, where you come from, are angry with the government because they are currently surviving on pumpkin leaves. Many families cannot afford to buy maize from state-run ADMARC which has rationed its sells to only 10 kilograms per person. This amount is not enough to support their families, most of whom are composed of more than six people in a single house.

Another sad example is an incidence that happened in Mchinji where angry people off-loaded maize from a truck which was allegedly going to Thyolo.

All this is happening when a cabinet minister assured Malawians prior to the 2019 Tripartite Elections that the country would register a bumper harvest that would translate into a surplus.

CDEDI feels that if the situation is not properly handled prior to the concourt ruling, the development can fuel people’s anger and result into violence; violence is a threat to the peace and tranquility that the country has enjoyed for decades.

We ask the government through the Department of Disaster Management to urgently look into this situation and provide quick measures to save Malawians from plunging into a violence or starving to death.

In the education sector, teachers abandoned their duties to demonstrate against government’s failure to pay them their December salaries. Thousands of leaners affected by the abandonment missed classes, a situation that angered some and forced them to mobilise and also express their grievances through parallel demonstrations against your government.

Children as young as seven made history for standing up against violation of their rights to education. They engaged in dangerous running battles with the police who shot tear gas to disperse them.

Sir, you may wish to be reminded that prior to the elections, you made the nation believe that you had the welfare of teachers at heart when you made several promises.

We request government to be more serious with the welfare of teachers as well as that of all other civil servants. They duly deserve to be paid their salaries on time.

Your Excellency Sir, the sectoral damage to government’s image has not spared the judiciary. Drama has been at play with some overzealous individuals conspiring to undermine the independence of the courts of law.

The alleged attempted bribery of the judges presiding over the Presidential Elections case at the Constitutional court is another sad chapter in the history of this country. Attempts by respectable citizens to offer bribes to hoodwink the judges into forcing the much awaited court ruling against the principles of justice, is evidence enough that governing elite will stop at nothing in order to cling to power.

Although, the Anti Corruption Bureau (ACB) moved in and effected the arrest of one of the suspects in the bribery allegation, their efforts were dealt a heavy blow by an errant magistrate, who illegally quashed a warrant of arrest and consequently released the suspect at mid night.

We demand that government institute an investigation into the operations of the judiciary. At the same time, government must also initiate a judicial reforms process to rid the system of all unwanted elements.

Another disheartening development is the alleged threat on the life of the judge assigned to review the controversial file containing details of how a bribery suspect was released under dubious circumstances.

Reports indicate that unknown people, operating under instructions from the State House, are trying to influence the esteemed judge to circumvent justice and overlook the treacherous activities that led to the release of the bribery suspect in Zomba in the middle of the night.

This shows how insensitive and corrupt the state machinery has become.

A sad incident is that of one of your advisors, Mwai Kamuyambeni, who while holding a rally, threatened to deal with Timothy Mtambo, the chairperson of Human Rights Defenders Coalition (HRDC) after the court ruling. This is a threat to our hard won democracy and shows that the DPP, with its resolve to stay in power against all odds, is wielding intimidation against those holding differing opinions.

The recent revelation that your government has decided to cut Malawi defense force (MDF) allowance from $1,100 to $900 per month for the our brave men and women in uniform currently on a United Nations peace keeping mission in the DRC, is unfortunate and regrettable development. Our soldiers deserve better.

We believe this allowance cut is not justifiable and as such we ask government to rectify this.

A day before you left the country, Malawi Broadcasting Corporation (MBC) shamelessly borrowed and used, in one of its main news item, the term you have been frequently using to brand HRDC as a terrorist group.

Sir, this is not only unethical and unprofessional and does not only pose as a great threat to the country’s peace and national unity but is one of the steps to turning the national broadcaster into a monster that is going to wipe out all of the country’s democratic gains just to serve the ruling elite.

In its quest to hoodwink Malawians, the Malawi Communications Regulatory Authority (MACRA) leaked a letter purportedly summoning MBC for the above matter only to backtrack a few hours later thereby confirming fears that these two public institutions serve individuals interests, a political grouping in particular.

The citizens are following these events as they unfold. Others have silently made their own conclusions and interpretations. However, we at CDEDI have refused to remain silent and have since belabored ourselves to chronicle the issues and challenges in this open letter.

We refuse to join those that have made their own conclusion for one simple reason that we believe you have the capacity to address the challenges.

As you can see, some of the aforementioned challenges require immediate attention. We, therefore, expect you to address the nation within 48 hours upon your arrival.