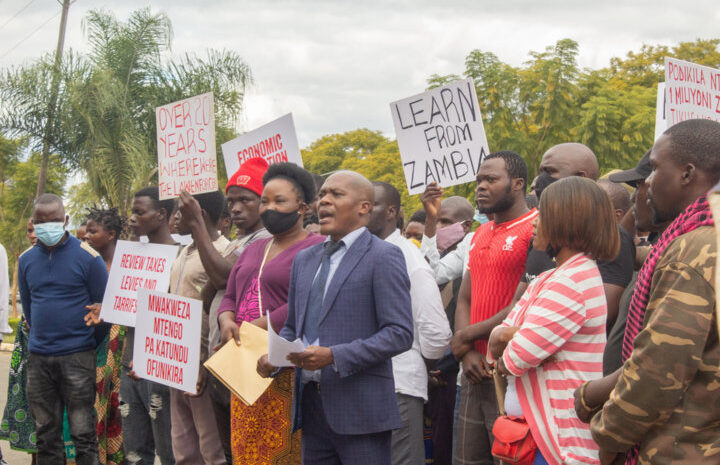 This afternoon CDEDI presented petition to the Parliamentary Committee on Legal Affairs to consider if it is worth for the national assembly to debate and review the archaic laws governing the refugees and asylum seekers in Malawi.

CDEDI executive director Mr. Sylvester Namiwa, presented the petition to Honorable Yusufu Nthenda, Chairperson for theCommittee who received it on behalf of the Speaker of the National Assembly. In brief remarks after receiving the petition, Nthenda promised to deliver the petition to the Speaker. He said members of Parliament will ensure that the contents are discussed. 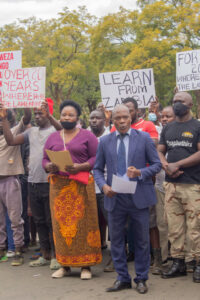 Petition to the Legal Affairs Committee

The Centre for Democracy and Economic Development Initiatives (CDEDI) has all along been pushing the government of Malawi to ensure the enforcement of the laws that give guidance as regards the welfare of refugees and asylum seekers in the country. This was after we had observed that there was no proper monitoring of the refugees and asylum seekers, who had left their designated areas, such as Dzaleka Refugee Camp, and were indulging in various economic activities in towns and cities across the country, illegally. CDEDI petitioned President Dr. Lazarus Chakwera on the same matter, and we were invited for roundtable discussions with the Minister of Homeland Security, Hon. Richard Chimwendo-Banda, as well as the minister of trade, on the same.

Right at the onset, CDEDI would like to commend the homeland security ministry, for taking such a bold decision in line with the country’s existing laws and regulations, to ensure that all the refugees and asylum seekers have returned to Dzaleka Refugee Camp. It is our hope that this ultimatum, which has also been validated by the High Court of Malawi, is really being enforced.

However, it is important to point out that the refugees and asylum seekers came to Malawi in search of peace, which they could not find in their own countries and elsewhere! Therefore, we have no one but ourselves to blame, as a country, for allowing these refugees and asylum seekers to leave their designated areas in search of shelter and economic activities outside the refugee camps, all these years!

CDEDI is requesting the committee to consider the following issues, as some of the arguments that can be tabled:

1. A better chunk of Malawi’s economy is controlled by foreign based business operators, most of whom have no legal permits for such business activities, precisely the refugees and asylum seekers;

2. Some foreign nationals who entered into the country as investors, have beaten the system and are operating as economic migrants, something which is conveniently ignored and rarely discussed;

3. Marriages are at the verge of disintegration – CDEDI has received reports where even top government officials and cabinet ministers married some refugees and asylum seekers and vice versa;

4. Some of the refugees and asylum seekers came into Malawi with skills and expertise that have benefited the society, and are rendering essential services in areas of health, education and social work, among other sectors;

5. The recent government directive seems to have been craftly narrowed down only to our brothers and sisters from Rwanda and Burundi, fondly called Maburundi, when the rest, i.e. those from Nigeria, Somalia, India, Pakistan, Lebanon and China are deemed off the hook;

6. Some of those affected by the directive have stayed in Malawi, and outside the refugee camp, for over 25 years, thereby raising the questions as to what the law enforcers have been doing all this time?

7. It is important to bear in mind that asylum seekers and refugees also have rights and dignity as human beings, therefore, reports of inadequate space at Dzaleka refugee camp ought to be considered;

It is against this background that CDEDI is calling for a review process of Malawi’s laws to ensure that some of these refugees and asylum seekers are integrated into the society, as they have proven to be critical to the social and economic development of our nation, despite their status.

Lastly, but not the least, CDEDI would like to request the speaker of parliament, Right Hon. Catherine Gotani Hara, to ensure that this petition is presented and debated within this sitting of parliament. We find the matter at hand as having far reaching consequences to the country’s economy. 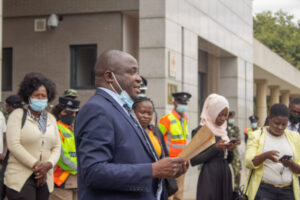 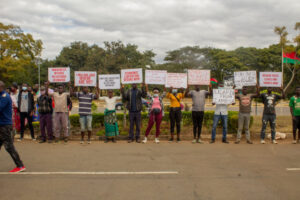 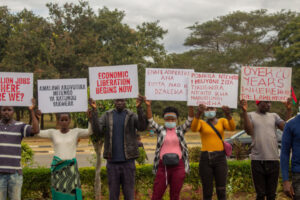 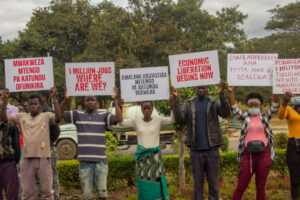