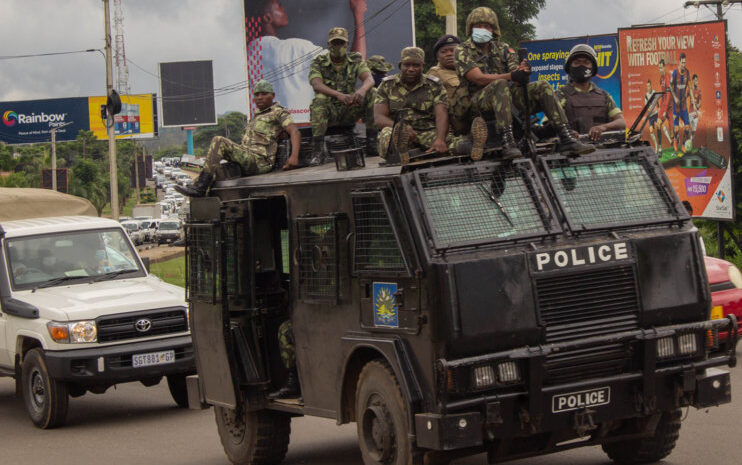 POLICE BRUTALITY IN MULANJE AND THYOLO MUST STOP

The Centre for Democracy and Economic Development Initiatives (CDEDI) notes with deep concern continued unwarranted use of force on unarmed citizens, especially women, children and the elderly in the pretext of maintaining law and order when misunderstanding arise.

Cases in point have involved locals and estate owners in the tea growing districts of Thyolo and Mulanje.

Early this month, Police in Mulanje went on rampage in Mikundi Village, in Traditional Authority Mabuka’s area, demolishing houses, beating up innocent villagers and throwing tear gas canisters, allegedly in an effort to deal with vandalising and stealing of Seyama Tea Estate property.

Surely, there is no justification of police using force on unarmed and helpless citizens; hence we at CDEDI regret the animosity that police in Mulanje have created between them and the estate owners on one side, and the villagers. We fear the unprofessional handling of the villagers over the said matter has potential to deny the area peace, which everyone desires.

CDEDI has also noted the shameless attempt by Mulanje Police to let alleged looting and stealing of Seyama Tea Estate property overshadow the death of Dinala Chiponde, who was beaten by the estate’s security guards, allegedly after finding him stealing trees belonging to the estate. It is reported that the deceased breathed his last while receiving medical treatment at Mulanje District Hospital on September 4, 2021.

We do not condone stealing, but we categorically condemn use of unwarranted force on any suspect as we believe police and courts are readily available to handle such matters, lest we continue losing lives needlessly, as has happened in Mulanje.

We would like to believe that our professional police have civil methods that they are supposed to use when searching for stolen property and/or dispersing or controlling crowds, unlike the use of tear gas and excessive force, which is turning out to be the norm.

The Mulanje incident reminds us of other acts, which include recent firing of teargas on learners at Luchenza Primary School and the terror police in Thyolo unleashed, three months ago, on 64-year-old Estele Maviyaje, fracturing her arm in the process.

Meanwhile, CDEDI is asking Police Inspector General Dr. George Kainja to, within fourteen (14) days, institute investigations on the aforementioned cases in Thyolo and Mulanje districts, in order to bring all the culprits to book.

On the other hand, CDEDI is also challenging Lujeri Tea Estate, which owns Seyama Tea Estate, to devise a mechanism to reconcile the company and community members, including helping the traumatised women, children and the elderly to recover from the unwarranted police brutality.