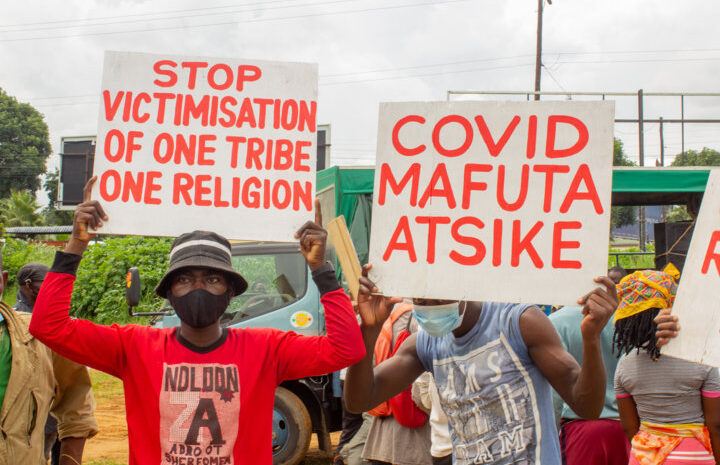 CDEDI has today sent a letter to President Lazarus Chakwera on his attempt to fire the Malawi Electoral Commission (MEC) Commissioners namely; Jean Mathanga and Linda Kunje. In this letter, CDEDI is calling president Chakwera to take heed of advice from the Attorney General’s (AG’s) memo which advised the controlling officers to abide by the Republican Constitution before moving or indeed firing anyone from the public service.

The Office of the President and Cabinet,

Cc:    THE SECRETARY TO THE PRESIDENT AND CABINET

RE: REMINDER ABOUT YOUR COMMITMENT TO RESPECT THE COUNTRY’S RULE OF LAW

The Centre for Democracy and Economic Development Initiatives (CDEDI) has been compelled to write your good office, Your Excellency Sir, following recent actions by the Public Appointment Committee (PAC) of parliament to debate the firing of two Malawi Electoral Commission (MEC) Commissioners namely; Jean Mathanga and Linda Kunje.

Secondly, CDEDI would like to bring to your attention a memo from the Attorney General’s (AG’s) office, which was a legal opinion to the office of the Vice President Dr. Saulos Chilima, advising him and all controlling officers to abide by the Republican Constitution before moving or indeed firing anyone from the public service.  In addition, CDEDI is aware that even within the Malawi Congress Party’s (MCP) Constitution and manifesto, there is a pillar on respect for the rule of law.

CDEDI is further reminding you, Sir, that the Tonse Alliance administration is running government today as beneficiaries of the same respect for the rule of law, as manifested by the landmark ruling delivered by the country’s Constitutional Court on the Presidential Elections case on 3rd February, 2020.

Notwithstanding the foregoing, CDEDI and all well-meaning Malawians are dismayed by the actions of your own office to disregard the rule of law as exemplified by your continued refusal to grant letters of appointment to these two commissioners despite the AGs legal opinion and your current shenanigans to fire the two MEC Commissioners through the Public Appointments Committee of parliament (PAC).

Your Excellency will recall that CDEDI delivered a petition to your office through the district councils of Lilongwe and Blantyre which among other things, clearly requested you not to sit on the Attorney General’s legal opinion on the appointment of the two commissioners, but to act on it by issuing appointment letters to the two MEC Commissioners as opined by the AG.

Your Excellency Sir, the decision by your office and that of the Secretary to the President and Cabinet to ignore the Attorney General’s legal opinion vindicates our earlier stand that your action is a clear case of political victimisation coupled with your nepotistic tendency.

In the interest of transparency and accountability, CDEDI is reminding you Sir, that you are not the law, and neither are you above the law. Your continued disregard of the Attorney General’s legal opinion, therefore, smacks of executive arrogance. Please note that should the two MEC Commissioners decide to take Government to court for unfair dismissal, CDEDI and all well-meaning Malawians will hold you personally liable, together with the Secretary to the President and Cabinet and the Speaker of Parliament for the court remedies, in the event that the two MEC Commissioners succeed in their court case. We do not want the implications of such shameful tendencies of impunity to be shouldered by the taxpayers, who are also the voters.

Lastly, Your Excellency may wish to know that ignoring legal  opinion from the Attorney General which is a constitutional office undermines the authority of the office, a development which has the potential to drag the country into a banana republic where everyone does as it pleases them.