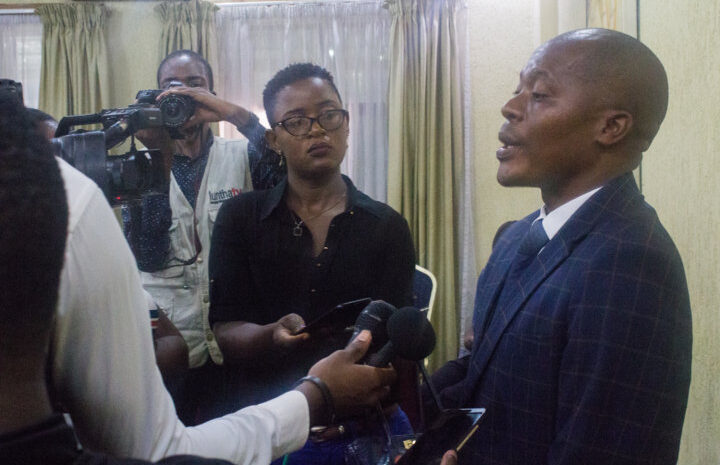 THE DPP LEADERSHIP SHOULD RISE ABOVE POLITICS OF INTIMIDATION

The Centre for Democracy and Economic Development Initiatives (CDEDI) is here once again with matters of national interest.

We have noted with regret a video clip of Mr. Mwai Kamuyambeni which has gone viral on social media. Mr. Kamuyambeni, who is the Campaign Director for the Democratic Progressive Party (DPP), as well as an advisor to the country’s president, Prof. Arthur Peter Mutharika, is seen in the video addressing a political rally where he is threatening to deal with the leadership of the Human Rights Defenders Coalition (HRDC), specifically its chairperson Mr. Timothy Mtambo, by having him arrested soon after the ruling for the Presidential elections case is made. Mr. Kamuyambeni, however, has not specified in the video, the grounds for calling for Mr. Mtambo’s arrest.

The CDEDI finds such remarks as unfortunate and aimed at inciting violence against a human rights defender who is duty bound to defend the rights of ordinary Malawians.

We are calling upon President Mutharika who is also the DPP leader to discipline his party operatives against propagating hate speech. It is surprising that the DPP campaign director is contradicting the party’s president who recently offered an olive branch to the HRDC and the opposition parties for peace talks. The CDEDI is also demanding Mr. Kamuyambeni to withdraw his remarks and apologise to the HRDC leadership in particular and Malawians in general, failing which the CDEDI, and of course all Malawians would be made to believe that the DPP is playing double standards and that it does not care about the state of affairs in the country, especially on matters of peace and unity.

We further call upon President Mutharika to swiftly tame the tongues of his advisors in the DPP, for fear of denting his image even further, especially at this time when Malawians are eagerly waiting for the ruling of the landmark Presidential Election case by the Constitutional Court.