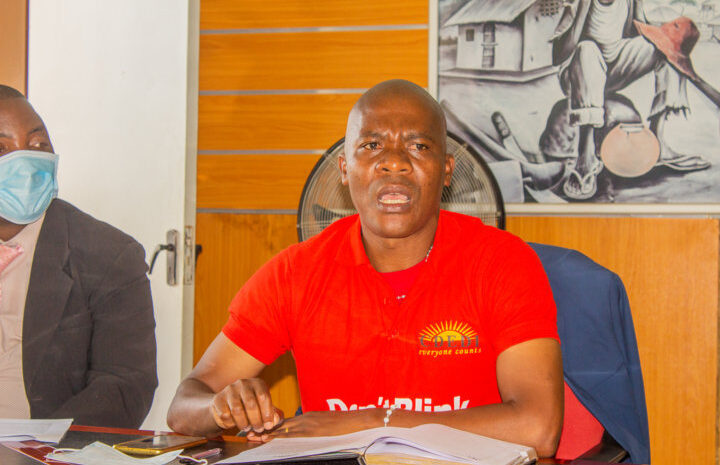 MALAWIANS DESERVE A TRUSTWORTH GOVERNMENT IN 2022

The Centre for Democracy and Economic Development Initiatives (CDEDI), would like to urge President Dr. Lazarus Chakwera and his Tonse Alliance government that Malawians expect nothing but a government that is open, transparent and accountable, if it has to sustain people’s trust in the year 2022.

Right at the onset, CDEDI would like to remind those in positions of authority that the power of the people is greater than the people in power, hence the need to transact government business in the best interest of Malawians who double as taxpayers and voters.

That said, CDEDI is assuring all well-meaning Malawians that it will not relent in its pursuit for a vibrant democracy, where the citizenry from the village level should be able to hold decision makers responsible, accountable, and liable for all their actions and failure to act. This we believe is the only sure way to fight theft and corruption, impunity and executive arrogance that has been blamed on our retarded social and economic strides.

On the other hand, CDEDI is challenging Malawians to be vigilant in their defense of our hard earned democracy that brought with it rights and freedoms we are enjoying today.

Additionally, CDEDI is reminding President Dr. Chakwera that it will not shy away nor get tired reminding him to deliver in all his attractive campaign promises he made prior to the court sanctioned Fresh Presidential Elections on June 23, 2020.

In fact, CDEDI is in possession of a clip where the President promised to resign if he failed within two years of his reign, to fix the country. Now it’s a few months to go before the 2 years expire!

Besides the campaign promises, CDEDI is reminding President Chakwera that Malawians have literary crossed over into 2022 under the yoke of economic bondage due to the skyrocketing cost of living, curtesy of the punitive taxes, levies, charges, interest rates and tariffs imposed on essential services and commodities such as fuel, cooking oil, water, electricity, airtime, internet and loans from commercial banks.

Meanwhile, CDEDI is warning the Tonse Alliance government that all decisions made in relation to Covid-19 must be based on genuine science. No copy and paste policies. No forced vaccination programme. Vaccinating young people is the waste of time, energy and beats common sense since it hasn’t been proven yet that kids are vulnerable to Covid-19.

Government should also desist from implementing unnecessary lockdowns, which are hurting the economy. To put it blunt, government’s senseless actions regarding Covid-19 will end up killing more people than the pandemic itself. Let’s learn to live with Covid and not neglect other serious diseases deserving our utmost attention as a country.

Last, but not the least, CDEDI is challenging President Chakwera to desist from running a wasteful government by pressing the austerity button, which would result in among many others, reducing his cabinet from 32 to 20 members, chop off the long list of his advisors from 22 to 5, limit his ministers and top government officials, external travel to three trips per year, stop his unnecessary local and international travels, learn to delegate the Vice President, reduce his salary from MK10 to MK 5 Million so that he should walk the talk on sharing the pain with Malawians in these difficult times.

HAPPY NEW YEAR TO EVERYONE!!