Press Statement on Outcome of Meeting With Agriculture Minister 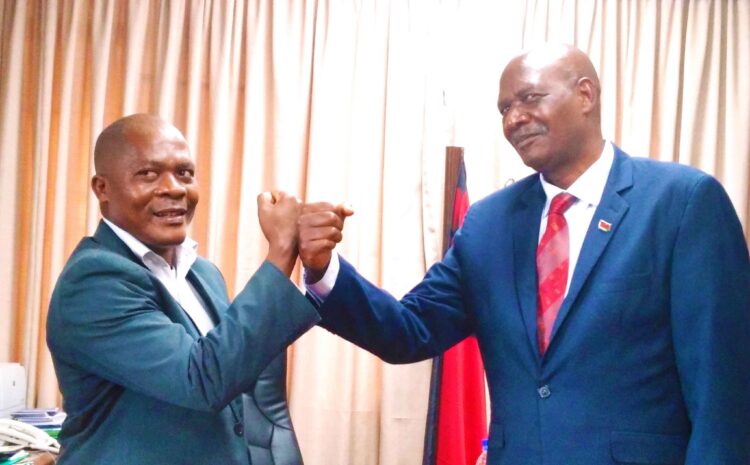 The Centre for Democracy and Economic Development Initiatives (CDEDI) is challenging President Dr. Lazarus Chakwera to be sincere in his public pronouncements regarding implementation of safety-net programmes targeting marginalised and vulnerable Malawians.

CDEDI has arrived at this direction after its meeting with the Minister of Agriculture, Hon. Lobin Lowe at the ministry’s headquarters in Lilongwe on Thursday, September 2, 2021. The meeting followed a letter that CDEDI wrote to the minister, dated August 25, 2021, asking him to explain to Malawians some inconsistencies in the policy direction on AIP between himself as the Minister of Agriculture, and his boss -the President.

However, Hon. Lowe’s response, dated August 26, 2021, had some grey areas that required explanations; hence the meeting with CDEDI on September 2, 2021. During the meeting, which lasted one-and-a-half hour, the minister expounded on the following points, which he had raised in his response to CDEDI’s demands:

1. Reduction of Beneficiaries: The scaling down of beneficiaries was necessitated by the resource envelope for the programme in the 2021/2022 growing season, and that it was a routine exercise which the ministry conducts prior to the growing season;

2. Challenges: The programme faces challenges, which include what he termed as ‘a cartel’ by those involved in the fertiliser industry in Malawi;

3. Undeserving Beneficiaries:  The list of beneficiaries had to be reworked after it was noted that it included people whom he described as ‘undeserving beneficiaries’ such as some officials from his own ministry and other civil servants, whom he said had now been removed from the database;

4. Proposal: Given the allocated resources, the minister has lamented that it is not possible to maintain the initial beneficiaries’ list, unless Cabinet pushes Treasury to either make available additional resources, or approve the increase of the contributions made by the beneficiaries from the current MK4, 500 per 50kg bag of fertiliser to any reasonable amount, or look for cheaper fertiliser elsewhere.

Based on the above issues that transpired during the meeting with the minister, CDEDI’s stand remains that President Chakwera’s decision to override the ministry of Agriculture on the matter, as per his directive contained in the recent address to the nation, is an attempt to be seen to be politically-correct; otherwise, the move by the ministry was a response to the prevailing situation on the ground. It is everyone’s guess as to the uncertainty that faces this year’s AIP; more so given that options available to meet the President’s political wish are a tall order.

Therefore, CDEDI is advising the President to accept the harsh reality on the ground and act above politics.

The truth of the matter is that the AIP has become a huge mountain to climb for the Tonse Alliance administration as it has proved to be a very costly and unsustainable exercise.

Otherwise, CDEDI is of the view that it is time the country started saving money from the AIP initiative, by slowly scaling down the number of beneficiaries, and invest such savings in local production of fertiliser as a meaningful way of cutting down both on government expenditure, as well as on the sky-rocketing prices of fertiliser.

Above all, it is time our leader stopped making populist political pronouncements, which are mostly too costly on the public purse.