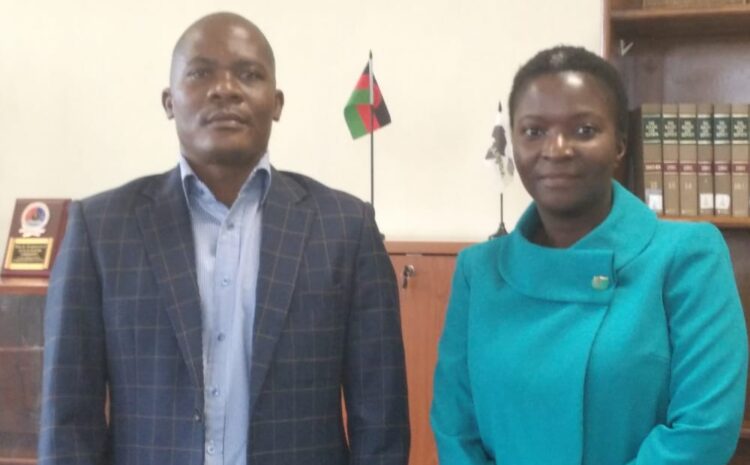 The Centre for Democracy and Economic Development Initiatives (CDEDI), would like to officially inform all Malawians that the institution had an audience with the Director General (DG) for the Anti-Corruption Bureau (ACB), madam Martha Chizuma, on Monday, 22nd November 2021 at the ACB offices in Mulanje House, in the city of Lilongwe. the ACB Director invited CDEDI following a letter dated 3rd November, 2021, which CDEDI wrote to the Bureau, in reaction to a statement the Bureau released on 2nd November, 2021 under the headline: COMPLETION OF INVESTIGATIONS.

In the letter, CDEDI felt ACB failed to explain to the Malawian tax payers, as regards the interest and motive of a private citizen whom we were made to believe that he made payments to Crossroads Hotel, together with the State House, to settle bills that were incurred by some guests that came to Malawi at the invitation of the State House.

The generosity of this private citizen aroused CDEDI’s interest, hence the institution’s inquiry to the ACB Director to among many other things, tell Malawians the truth, but also to investigate the sources of these funds. CDEDI challenged the investigation’s outcome, by providing the ACB with a latest quotation from Crossroads Hotel.

THE OUTCOME OF THE MEETING

1. The ACB Director has put her foot down, indicating that the Bureau will not respond to CDEDI’s letter in writing, claiming that the matter borders on President Dr. Lazarus Chakwera’s security;

2. Madam Chizuma has conceded that there were indeed some discrepancies in the statement issued by the ACB on 2nd November, 2021;

3. The ACB Director has dogged the matter by claiming that the investigations on the Crossroads Hotel saga were done prior to her joining the Bureau on 1st June 2021;

4. Madam Chizuma has confirmed that the State House paid MK12.5 million to Crossroads Hotel to so save the situation, and further revealed that the rest of the bill was paid by the Malawi Congress Party (MCP), and not Miguel Elias, contrary to what was stated in the ACB statement;

5. The ACB Director has told CDEDI that the investigation followed a complaint which indicated that prices at Crossroads Hotel were inflated, but the Bureau’s investigations found out something to the contrary;

6. During the meeting, CDEDI was interested to find out the MCP’s involvement in State House matters, but the ACB Director has failed to provide the answers;

7. Madam Chizuma has challenged CDEDI that the ACB is ready and willing to institute a fresh probe into the Crossroads Hotel saga, so long as such a complaint is backed with tangible evidence, pointing to the fact that the other funds apart from the MK12.5 million paid by the State House, came from public coffers;

1. CDEDI seized the opportunity to inquire from the ACB Director, if she was working independently, without undue pressure from the appointing authority and the ruling Malawi Congress Party (MCP). On this, Madam Chizuma has confirmed that she gets calls from President Chakwera, whom she claims always encourages her to do her work. However, the ACB Director has revealed that the Democratic Progressive Party (DPP) accuses her of political persecution, while the MCP and the rest of the Tonse Alliance Partners blame her for what she termed as being nice to the opposition;

2. The ACB Director has confirmed receipt of a letter from the Attorney General, (AG), to probe the Ministry of Health Officials that were implicated in the Ambulances procurement saga, and that the Bureau is currently doing something about this issue;

3. Madam Chizuma has confirmed that President Chakwera was interviewed as regards his involvement in the National Oil Company of Malawi (NOCMA) fuel supply contracts saga;

CDEDI will formally write the ACB to request for a fresh probe into the State House Crossroads Hotel saga.